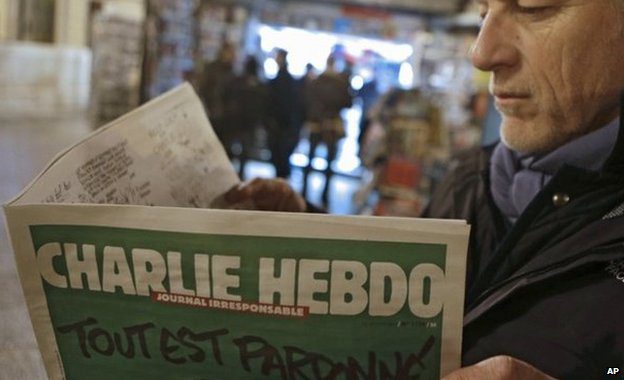 Accompanied with Paris mayor Anne Hidalgo and government officials, Hollande unveiled a plaque “in memory of the victims of the terrorist attack against freedom of expression” in the magazine’s previous headquarters in Paris 11th district.

On the sidewalk, in front of the plaque, it was written in blue, white and red, the colours of French flag, “I’m Ahmed,” to honor the policeman killed while trying to arrest the two armed men who stormed an editorial meeting on Jan. 7, 2015.

In Porte de Vincennes, east of Paris, Hollande also unveiled a memorial plaque paying tribute to four victims killed during a hostage-taking in a Jewish supermarket a year ago.

On Saturday, the head of state will honor a 20-year-old policewoman murdered in a shooting by one the assailant in Montrouge, south of French capital.
”
A day later, he will also preside over a national rally in the Republic square in commemoration of the people killed last January and also of the 130 victims of Nov. 13 attacks claimed by the Islamic State (IS).

The country has been the target of terror threats after its operation against the militants in Iraq and Syria.
Hundreds of radicalized nationals and residents joined Syrian insurgents and could pose menace to the country’s security when they returned home, according to officials. Enditem