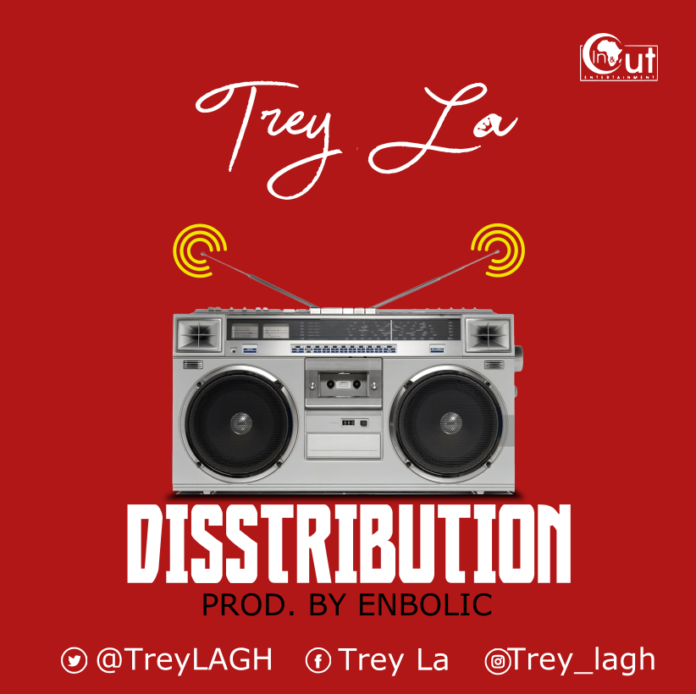 The diss track is reviving African HipHop, and proving to have fans delighted.

The track which is produced by Enbolic, sees Trey LA take swipes at rappers with a host of vile, spitting bars.

Fresh off his debut EP — ‘BIG THINGS START SMALL’, Trey LA hands us fierce worded truths in the diss track such as: “Rappers doing 32 bars and saying nothing / you wonna know a lazy rapper? Ask George Britton” and “Your only buzz (bars) is that Tigo chip from 2005 / I am William Tell shooting you apples, then I change your fan base to fan-treble”
‘DISSTRIBUTION’ is in every way a display of world class lyrical prowess and mastery from Trey LA and fans will be delighted.

Another track from Trey LA doing the rounds is ‘Julia’ a project of Musical Steeze, Croberin, and In & Out Entertainment. ‘Julia’ also stars singer KD Bakes, who wrote the song alongside Trey LA.
To enjoy the heat from ‘DISSTRIBUTION’, go online to: https://soundcloud.com/selorm-illverse/trey-la-disstributionobibini-diss

About Trey LA
Trey LA is an acronym for “Timeless Renowned Entertainer You Love Always”. Trey, introduced the style of blending Ewe and English language in rap music. He believes in education, being the son, of Ghana’s first female Police Officer, with a PhD .

With this drive, he has become arguably the Ghanaian rapper, with the most school certificates. An MBA in Logistics and Supply Chain Management and steadily charting the course to a PhD.