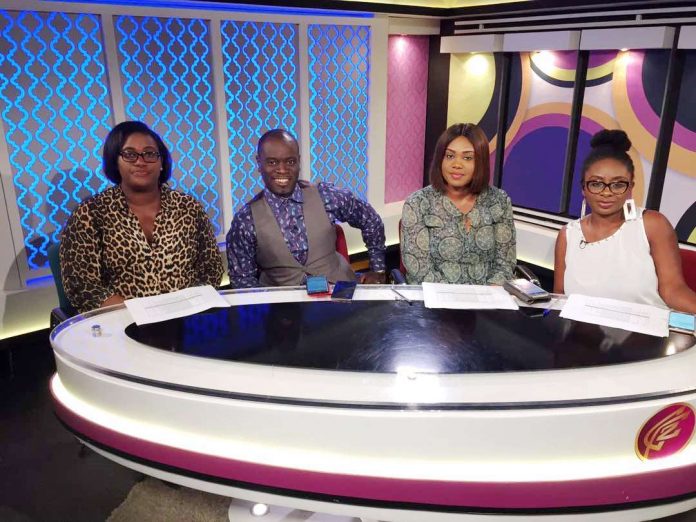 Ghanaian Journalist, Nathaniel Attoh of the Multimedia Group has voiced his concerns over the treatment meted out to Ghanaian workers by some foreigners in the country and is calling on the government to do more to protect Ghanaian workers. Addressing issues regarding the recent sentencing of Jihad Chaaban, the Lebanese supervisor at the Abelemkpe branch of Marwako restaurant on Celebrity Fanzone last Saturday, the Professional Master of Ceremonies argued that Jihad Chaaban should have been deported to send a strong signal to others.

“For me I was expecting something along the lines of deportation. So that it sends a strong signal, so that people start siting up in this country. It just doesn’t make sense. These foreigners come to town and the tag is ‘these guys are lazy, you can walk over them.’ But these are the guys who are running your business,” Mr. Attoh stated.

Nathaniel Attoh however revealed that he wasn’t very surprised when he heard news of the assault, recalling his previous experience working with some Lebanese nationals.

“This is as bad as it can get in the working environment. I am not surprised at all. I found myself in such environment. Before I started my career, I worked with a couple of Lebanese guys, but hey, I halted them in their tracks immediately before they tried anything silly.”
“We have to get to a certain point in our development where we value ourselves to a certain extent so that anybody who comes here starts from there in terms of giving you respect. You can’t be going around thinking you are inferior to everybody else and expect somebody to come into your country and do same,” he argued.

The Abeka District Court sentenced Jihad Chaaban to nine months imprisonment for assaulting an employee Evelyn Boakye.
The Judge, Victoria Eggs Ghansah in her judgment said the prosecution had proven beyond every reasonable doubt that the accused committed the offence.

She further condemned the act cautioning employers to be careful on how they treat their employees.