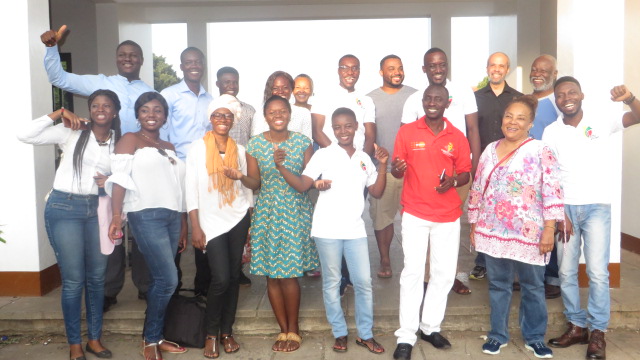 The Cape Coast Youth Development Association (CCYDA) has called on all groups and individuals in the Metropolis engaged in vile propaganda aimed at tarnishing the reputation of traditional leaders in the Oguaa Traditional Area to stop. The admonition came against the backdrop of a demonstration held by Concerned Youth of Cape Coast, on some unsubstantiated allegations against the Council last week.

The Concerned Citizens blamed the Traditional Council for lack of development and stated that the Council’s unconcerned attitude towards protecting state buildings had placed some of the them in a deplorable state and also failed to account for some national assets rented to entities.

Speaking at a press conference addressed by Mr Stephen Forson, Organiser of the Association on Monday, the group distanced itself from the demonstration and issues raised by the concerned citizens.

According to them the concerned group were members of the Akona Family of Cape Coast, which had been in long litigation with Osabarima Kwesi Atta II, the Oguaamanhen.

They also expressed worry and discomfort about the use of some FM Stations in the Metropolis as conduits for these groups and individuals to ridicule the traditional council, particularly Osabarima Kwasi Atta

“As members of CCYDA, we found these acts as inappropriate…… We are calling these stations and all the group members to order “, he said.

The CCYDA, however, appealed to all faceless people within the Council that fed the group and individuals with information to cease and rather offer pragmatic ways they could contribute their quota to the growth of the ancient city.

Mr Forson noted that successions to thrones were the preserve of royal families alongside laid down procedures and processes that must be respected and obeyed.

The Oguaa Traditional Council remained the only council conventionally mandated to preserve, protect and deepen issues of chieftaincy in the Metropolis to protect its sanctity to maintain national peace.

According to them, the Cape Coast Metropolis would only return to the path of growth and development when the youth exert their energies into productive ventures and allow the functional systems and structures to navigate progress.

Its therefore, reiterated its commitments and dedication to work with the recognised state institutions and all other stakeholders to improve sanitation, education, job creation and drastically reduce the menace of teenage pregnancies.

Nevertheless, Mr Forson, advised all aggrieved persons and groups to dialogue or use the appropriate channels to seek redress instead of beating war drums to endanger decades of peace and harmony in the area.
GNA/Newsghana.com.gh