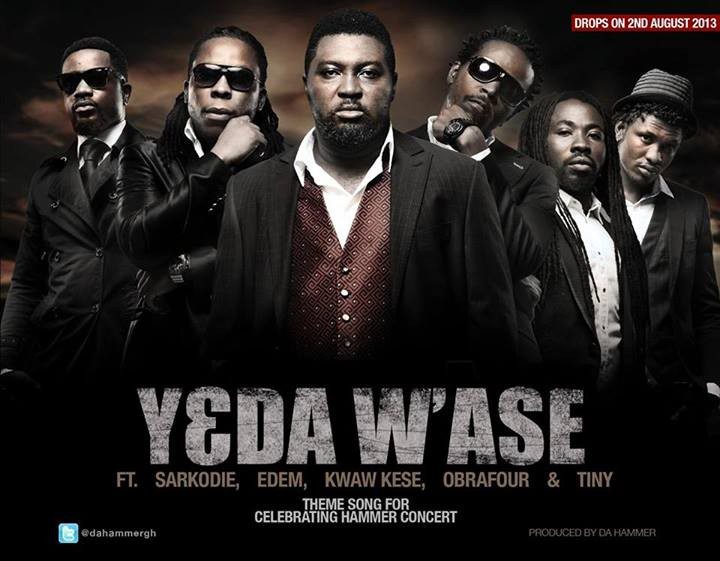 Many would ordinarily thank God for changing their lives and whilst Hammah of the Last Two fame believes in the power of God to change lives, he owes music, a debt of gratitude for changing his story from a real “brat” of a boy to arguably the best music producer of his time. Edward Opoku better known as Hammah was arrested at age 14 for over using a rented car; arrested again at age 15 for being a member of clique whose leader stole a whopping $13,000 from his parents and had done several other bad boy stuff until music came into his life and changed him.

In a riveting story, Hammah told Joy FM’s Lexis Bill on Personality Profile programe show Thursday that the $13,000 was blown in two weeks at the Golden Tulip hotel lining up women and having the worst of lives.

He had been car-chased by his own father throughout East Legon when the police were tracking him for allegedly stealing a vehicle.

He did not steal it. He rented it but instead of returning it in a day he kept it for two weeks ‘showing off’ to the beautiful girls at the Cape Coast Schools. He was only a teen.

Hammah was the third of six children. He lacked nothing and wanted nothing. He had the best of everything.

He was a dancer too and that skill which he exhibited at Legon Presec got him the name Hammah which has now become the biggest brand in music production in Ghana.

He told Lexis without music he would have been a junk, in prison or may have lost his life as some of his close friends have turned out to be.

“Music changed me; I didn’t do night life anymore. I retired into the studio,” he confessed.

Obrafour and the famous Five

Hammah said his life changed in 1998 when Obrafuor was introduced to him. He had no studio at the time. He made his beats drumming on benches.

When he met Obrafour, the ‘pae mu ka’ hit maker rapped and he drummed on a bench. That was how they started.

He said as an amateur who had no music production experience, no studio, Obrafour, who was himself now coming out, risked his album by having him produce it.

Both of them were skeptical about the success of the album, Hammah confessed.

“It was different. We didn’t know Ghanaians would love it,” he added and even had to fly out of the country to pursue his education when he was done with the production.

When he heard the album had become the biggest thing in Ghana, he came down, abandoned his education to hone a career he had begun.

That career had blossomed and that album without question has become the greatest hiplife album of all time.

Obrafuor who later called into the show said Hammah, “apart from God,” was the biggest thing to have happened to him.