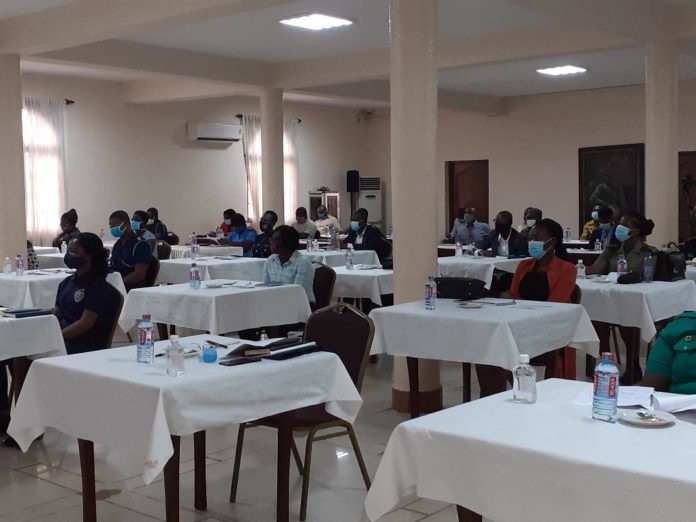 The Ministry of Gender, Children and Social Protection (MoGCSP) has observed that human trafficking and irregular migration activities remained widespread in the country despite closure of borders to contain the spread of COVID:19.

The Ministry said traffickers had devised new methods of luring victims, through force or deceit for the purpose of sexual exploitation, child labour or domestic servitude.

Dr Afisah Zakariah, Chief Director of the Ministry said this at a two-day capacity building workshop against human trafficking and irregular migration for security officers.

She said victims ended up suffering all forms of abuse, living in poor conditions, with many developing acute health problems.

The training, by the Human Trafficking Secretariat of the Ministry, was part of activities to commemorate this year’s World Anti-Human Trafficking Day and empowered personnel from the Police Service, Economic and Organised Crime Office and Immigration Service to handle root causes and prevent human trafficking amid COVID-19 pandemic.

Dr Zakariah said because Ghana was a source, transit and destination country for human trafficking, the training would enable participants had stronger grip on the issue to identify victims, arrest offenders and prosecute them.
She said it was a build-up course to improve on the technical understanding of personnel on victim identification, child labour, child abuse, migration and others.

Dr. Zakariah said the capacity building would also orient newly recruits and officers who had replaced those transferred and promoted in various law enforcement agencies working on human trafficking and smuggling.

She said the National Plan of Action for the Elimination of Human Trafficking mandated the Ministry to support security agencies in building capacity to combat human trafficking and child trafficking.

Superintendent Mike Baah, Director of Anti-Human Trafficking Unit of the Ghana Police Service, called for collaboration among the security services to clamp-down on the crime.

He was hopeful the training would prevent ‘frictions’ among personnel of the Services, that traffickers took advantage of.

Ms Alberta Ampofo, Head of Anti Human Smuggling and Trafficking in Persons Unit of the Ghana Immigration Service, charged the officers to be vigilant to avoid commiting the crime in the name of poverty.

Barima Akwasi Amankwah, National Coordinator of the Ghana NGOs Coalition on the Rights of the Child said there was the need to draw the line between the social factors of human trafficking, where people hid under fostering to commit crime.

We Must Collaborate And Fight Child Labour – GAWU