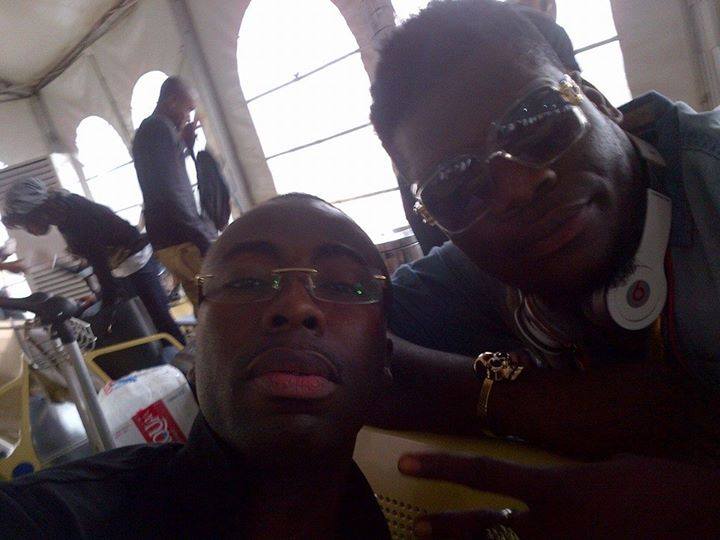 Popular hiplife musician, Theophelus Tagoe, known as Castro and his lady friend, Janet Bandu went on a vacation in Ada in July 2014, where the two rode on a jet ski as part of their holiday activities.

The two according to sources drowned and after several weeks and months of searching for their body, no one can actually tell where they (Castro & Janet Bandu) are.

Till date, the Marine team and other search bodies are doing their best to bring back their bodies whether dead or alive.

However, few hours ago, Andy Dosty shared the picture below of himself and Castro with the caption, Oh Lord… We Thank You. Finally.

The picture and his caption have so far been one of the most debatable issues on social media, with others asking questions if the Sei Ho hit-maker is back.

Perhaps, its one of those things these public figures will do to win attention.