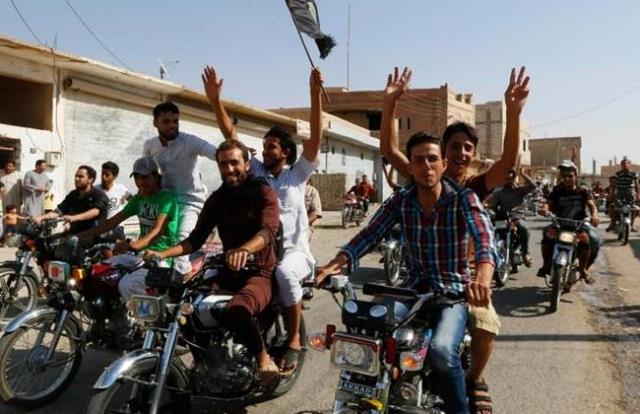 For two weeks, artifacts and historical sites typical of the Mesopotamia civilization in the area of the Tigris-Euphrates river basin have been under organized and systematic destruction by the Islamic State (IS) group, which means a severe blow to human civilization. The IS group released a video on Thursday showing militants using sledgehammers to smash priceless ancient statues inside the Mosul Museum in northern Iraq, describing the relics as idols that must be removed.
The statues showcased recent archaeological finds from the ancient Assyrian Empire. They are among the most wonderful examples of the Assyrian art and are part of the great history of Iraq, and of Mesopotamia.
However, the whole world has lost them forever.
In Nimrud, an ancient city with a history of more than 3,000 years in present-day Iraq, the extremists trucked away statues as they damaged the irreplaceable remains of the ancient Assyrian capital, where monumental statues of winged bulls, bearded horsemen and other winged figures, all symbols of an ancient Mesopotamian Empire in the cradle of Western civilization, were located.
The whole world feels inconsolable grief for the loss. It is not only a tragedy for Iraqi cultural heritages, but also a catastrophe to human civilization.
Worse still, the destruction is only the latest episode to smash the rich cultural heritages across the area under its control in Iraq and Syria, religiously and ethnically diverse areas with traces of civilizations dating back to ancient Mesopotamia.
Last year, the militants destroyed the Tomb of the Prophet Jonah and the Mosque of the Prophet Jirjis — both revered ancient shrines in Mosul. In February, it was reported that the militants burned thousands of books and manuscripts from the Mosul library.
The concerted destruction in Mesopotamia, the very cradle of the Western civilization and, most importantly, part of the shared cultural heritages of the human race, shocked the entire world. Many different cultural traditions trace their roots back to this part of the world, which is literally in peril at the moment.
With the destruction of these cultural heritages, human beings can no longer be proud of Mosul’s abundance in relics of ancient civilization: the knowledge and information we were able to gain about our ancestors and the earliest civilizations therefrom have disappeared into dust.
The deliberate destruction of the great cultural heritages constitutes, in the words of the United Nations Secretary-General Ban Ki-Moon, a war crime. It is a tragic assault not only on the Mosul Museum, but on the universal commitment to using art to unite people and promote human understanding.
The shared cultural heritages deserve universal cherishing by all human beings. It is beyond comprehension that the IS has done such enormous damage to the irreplaceable pieces of history.
It is high time for the IS to put an end to such vandalism, for it is particularly painful when destruction takes place in Mesopotamia — the backdrop for some of “the earliest leaps forward’ in astronomy, medicine, law, commerce and agriculture. Enditem