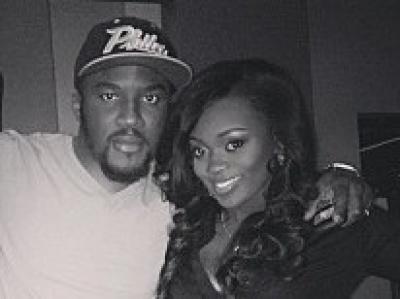 Contrary to report making the rounds that Ghanain actress, Jackie Appiah is preparing to marry Nigerian actor, Bobby Obodo, the actress has denied such a claim.
According to gist, Jackie who is a mother of one and divorced from previous husband, Peter Agyemen, has been dating Bobby for a while and has met her family to make things official.

Although Jackie has been seen severally with Bobby, she nas denied every claim that something is brewing between them. She says they are imply friends.
Guess what they call each other- she calls him ?Bob? while he calls her his ?hommie of life?.
Bobby is quoted to have once describe her as thus- ?Jackie is a beautiful soul. She is a wonderful person. ? Jackie on the other hand described him thus; ?He is simply a colleague and there is no truth in the allegation that we are dating. It?s false! Because people see us together does not mean we are romantically inclined. It is just a figment of some people?s imagination. Some people are up to mischief. Controversies no longer get to me. I have outgrown many things.We are Best friends not lovers??
According to GhanaNdwom.com, “the pair have been spotted together several times in Accra, Nigeria and London. As a matter of fact, they throw sweet shout outs to each other on the various social media platforms all the time. Jackie is fond of teasing Bobby?s pink lips and smile but he enjoys teasing her pretty face”