Negotiations between Mourinho’s agent Jorge Mendes and senior United officials have concluded, although no contract has been signed. 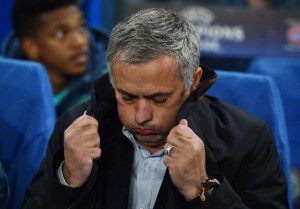 An official announcement from the club is expected on Friday.

The Portuguese will replace Dutchman Louis van Gaal, who was sacked on Monday, two days after United won the FA Cup.

The BBC reported on Saturday, within an hour of United’s 2-1 win over Crystal Palace, that Van Gaal would be sacked and Mourinho was set to replace him.

Discussions, which started on Tuesday and were delayed by negotiations over Mourinho’s image rights, finally finished on Thursday.

“I have heard many say the ‘Mourinho WAY’ is not the Manchester United style of playing football,” the 37-year-old former England skipper wrote on his Facebook page.

“However, the Chelsea team that Jose put together first time round when he entered the Premier League played with wingers and hurt teams with quick attacking play.

“This is a sign he knows how to get a team playing in a way Manchester United fans can look forward to seeing.”

He added: “One thing I can tell Manchester United fans is that they have got themselves a true winner in all aspects. His CV shows success.”