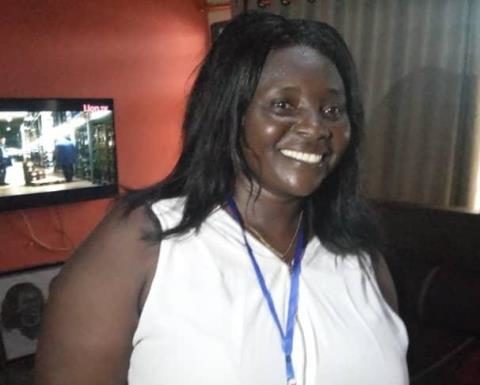 The District Chief Executive of the Juaboso District Assembly of the Western North Region, Mrs Martha Kwayie Manu, has stated that they were doing everything possible to implement all the government interventions and policies in the District.

She said the assembly made significant impact in sectors like education, agriculture, health and other developmental projects.

Mrs Manu made this known during the maiden ‘Meet the Press’ held in the district to deliberate on all the government flagship programmes and interventions in the District.

On education, the DCE said the assembly constructed classroom blocks with toilet and office facilities at Adamase, Domi, Eyenyameden, Atialove, Nkatieso, Mafia communities and that more than 600 dual desks supplied to some schools in the District.

Mrs Manu said the assembly was constructing a modern girls’ dormitory for the Juaboso SHS to accommodate more than five hundred students.

She said 33 community schools were benefiting from the School Feeding Programme and that the assembly managed to distribute 10,000 pairs of school uniforms and 100 sandals to basic schools in the District.

On the health, Mrs Manu said the assembly was supporting the construction of a children’s’ward at the Juaboso Government Hospital, while free health insurance was given to the beneficiaries of the School Feeding Programme in the District.

In the area of agriculture, the DCE said over 400 farmers registered under the Planting for Food and Export Initiative (PERD) in the District, while the Assembly had also distributed 32,000 oil palm seedlings to farmers to commence the PERD Initiatives.

Mrs Manu said 580 youth were recruited to undertake Pollination and Pruning Exercise, while 721 youth were also employed under the Youth Employment in Forest Investment and Aforestation Programme.

She said the assembly was constructing a 1,000 metric ton grain warehouse to store excess food stuffs under the PFJ.
Touching on roads, the DCE said contracts were awarded for the construction of the Juaboso town roads and Boinsan junction to Boinsan road.

She said the assembly also reshaped many of the feeder roads in the District.

The DCE said with the One Million Dollars, One Constituency initiative, the assembly had benefited from the construction of mechanized boreholes, a slaughter house, market, classroom blocks and toilet facilities in Antobia, Mafia, Juaboso, Nkwanta, Asempaneye, and Bonsu Nkwata.

Mrs Manu said 151 youth were employed under the NABCO, adding that more than 20 communities were supported on the Self Help projects.