An alleged Murderer John Cudjoe has been arrested by the Half-Assini Police for murdering in cold blood Stephen Yeboah over a dog at Takinta near Half-Assini in Western Region. 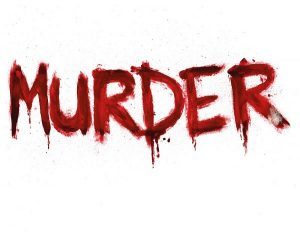 Mr John Cudjoe aka Emile Kwasi Kojo was arrested from his hideout at Takinta.

Half-Assini District Crime Officer, Assistant Superintendent of Police (ASP) Charles Mensah, made this known to the GNA in an interview at Half-Assini.

He said Cudjoe was spotted by two men from his hideout and raised the alarm which resulted in his arrest by some people of the town who later handed him over to Police.

According to the Crime Officer, Cudjoe admitted the offence in his statement and is to be arraigned before Half-Assini District Magistrate Court soon.

It would be recalled that, Yeboah from Nkroful near Dunkwa –On- Offin in Central Region but resident at Takinta, on January 29, 2017 detected that his dog was missing from his house.

Yeboah who highly suspected Cudjoe confronted and accused him of stealing his dog and threatened to cause his arrest, but this resulted into a quarrel between them.

Cudjoe who did not take kindly to the accusation at about 0330 hours on the day of the murder woke Yeboah under the pretext of showing him his missing dog he had accused him of stealing.

He said on their way, Cudjoe who had a loaded gun shot and killed Yeboah instantly and went into hiding.
GNA