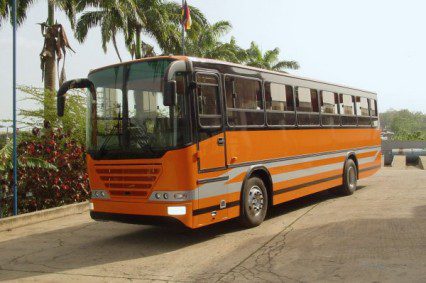 The Metro Mass Transit (MMT) has received positive ratings from commuters in a survey that is expected to enhance services on the intra and intercity transport company.

In a survey sanctioned by MMT to assess customer experience in patronising Metro Mass services, it emerged that charges and reach are the company?s strength in pulling commuters away from rival transport operators.

About 69 percent of commuters surveyed expressed satisfaction at MMTs affordable fare charges and nationwide coverage at a time a surge in transport fares has worsened the economic woes of people.

Currently, MMT boasts the lowest transport charges in the country despite the recent 23 percent hikes in transport fares across the country.

For instance, a commuter from Accra to Kumasi is charged GH?14 on MMT buses while the rest of the transport owners charge between GH?20 and GH?35.

However, the survey report showed that commuters are concerned about the reliability, efficiency and safety of MMT buses in line with internationally acceptable standards.

According to the survey findings, people are dissatisfied with MMT?s waiting time, rest facilities, information and schedule.

The company explained that the long waiting time prevalent in mostly its urban terminals is due to vehicular traffic on the country?s major roads as well as the bad state of roads.

It said drivers of MMT are being oriented under the company?s customer service programme in a bid to improve customer experience.

The company is hopeful that the development of its five-year strategic plan which will incorporate various ICT platforms into its operations will help to address most of the concerns of customers.

?Under MMT?s 5-year strategic plan, which is in the offing, information on services and schedules for available buses and fares would be accessed on the company?s website.

?Cleanliness and comfort in buses and at the terminals are concertedly being tackled, and it is expected that these will help to increase customer satisfaction to about 85 percent when the strategic plan is implemented,? the company said in a statement to the B&FT.

MMT established in 2003 by the government in collaboration with the Agricultural Development Bank (adb), National Investment bank (NIB), Prudential Bank, SIC, SSNIT and GOIL currently has a vehicle fleet of 1,128, which is projected to double by 2018.

The company is expected to take delivery of 230 new buses by the end of this year.