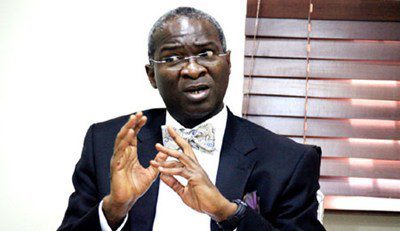 In furtherance of its determination to build a fire station in every Local Government Area in Lagos, the State Government has constructed two additional Fire Service Stations at Abesan Housing Estate and Lekki Peninsula Phase II to increase the total number of Fire stations in the State to 15.

In addition, the present administration?s quest for Public Private Partnership (PPP) in social service delivery also received a boost with the donation of a piece of land at Lekki to the Lagos State Government for the purpose of building a modern fire station by Oba (Dr.) Idowu Abiodun Oniru (JP) Akogun II and the entire Oniru family.

Disclosing this today was the Commissioner for Home Affairs and Culture, Hon. Oyinlomo Danmole at a Ministerial Press Briefing in commemoration of the Second Term, Fourth Year in Office of Governor Babatunde Fashola (SAN), at the Bagauda Kaltho Press Centre Alausa, Ikeja.

He stated that the Fashola led government has acquired a total of 34 new purpose built and customised modern firefighting equipment and accessories from Messrs W. S. Darley of Itasca Illinois, United States as parts of efforts to deepen its capacity in preventing and fighting fire outbreaks and its attendants consequences.

According to him, ?All the fire trucks are fitted with storage tanks for water, foam and compressed air. These new fire trucks make use of the latest auto Compressed Air Foam System (CAFS) designed to reduce the volume of water needed to fight fire.?

The Commissioner also averred that government has successfully renovated/rehabilitated 175 Fire Hydrant points and constructed 50 new ones that are linked to mini/macro water works in the State with the aim of ensuring that fire service officials have quick access to adequate water supply during fire emergencies.

Other achievements highlighted by Oyinlomo during the period under review include the conduct of hitch free pilgrimages for Christians and Muslims to Jerusalem and Mecca respectively, stressing that the success recorded has led to an upsurge in the number of self-sponsored pilgrims who prefer to go on pilgrimage with the state?s contingent.