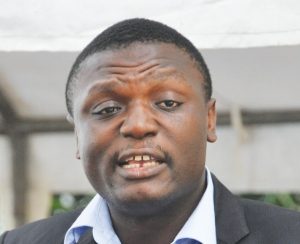 Mr Kofi Adams, a former National Organiser of the National Democratic Congress (NDC) has said the creation of Oti Region out of Volta Region would ignite development that would elevate both areas.

He said regional reorganisations held more socio- economic benefits, and must be endorsed by all.

Mr Adams said this during a health walk organised by the Joint Consultative Committee (JCC) on the creation of the proposed Oti Region.

“My view is that if we have an Oti out of Volta, we will be having Volta and Oti and the two would now put their heads together to see how they can effectively plan for the development of the two zones.”

“Creating Oti doesn’t mean that giant walls will be built between Oti and Volta Region and that you have to seek permission from one side to go into the other side… No! We continue to coexist and expect that in terms of constitutional arrangements some development would come into the Oti zone”, he said.

Mr Adams encouraged the people to come out in their numbers and vote “massively for “yes”.

Mr Wisdom Gididsu, a former Member of Parliament for the Krachi East Constituency told the media at a press conference by the JCC that the National Democratic Congress and the New Patriotic Party were united on the creation of the new regions.

“It seems this is the first time both parties are united”, he said, and also called for overwhelming votes in favour of the new region.

Mr Nelson Akorli, Ho Municipal Chief Executive, also at the press conference expressed joy at the “spirit of unity and togetherness” around the quest for the region, and hoped same would affect its development.