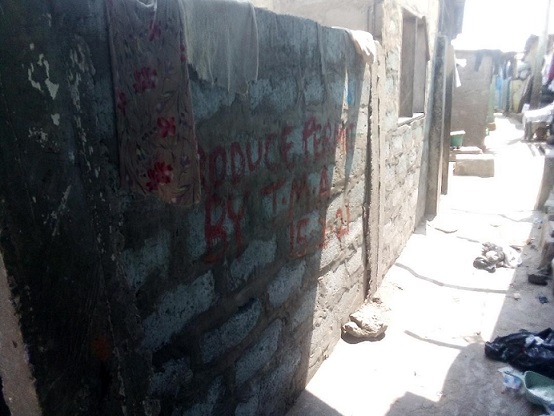 The Tema Metropolitan Authority’s building officials and task force have undertaken inspection exercise at construction sites within Community One, Site One in the Tema Municipality to demand from the developers the building permit or stop work.

Mr. David Akotey Mensah, TMA Municipal Building Inspector, told the Ghana News Agency at Tema after the tour that the purpose of the inspection was to make sure that developers adhered to rules governing the construction industry.

He said “we inspect the building, find out whether developers have the requisite documentations, or not.

“Based on the outcome of the initial investigation at the site, we either ask the developer to stop work and produce permit or bring their documents to the office for processing.

“After due process and approval, the developer would be given permission with the necessary permit to proceed with the construction”.

He said it was the responsibility of building officials to review permit applications for compliance in conformity with the state building code.

Mr Armah Laryea, Team Leader of the Tema Metropolitan Task Force, advise developers to make enquiry from the Assembly before putting up a building; “some developers in their quest to avoid payment of the mandatory fees, connive with scrupulous engineers to start the development at the blind side of the authorities”.

He urged developers to collaborate with the Assembly, “we must be the first point of call anytime you conceive the idea of putting up any structure, the Assembly’s Works Department has qualified Quantity Surveyor to value the building permit for the payment of appropriate fees.

“If you cut corners to put-up a building, one day, the law will deal with you, and you will pay at a higher cost, sometimes the structures are demolished, let us do the right thing”.

Mr Laryea therefore encouraged developers to seek permission from the Assembly before constructing any projects in the community.