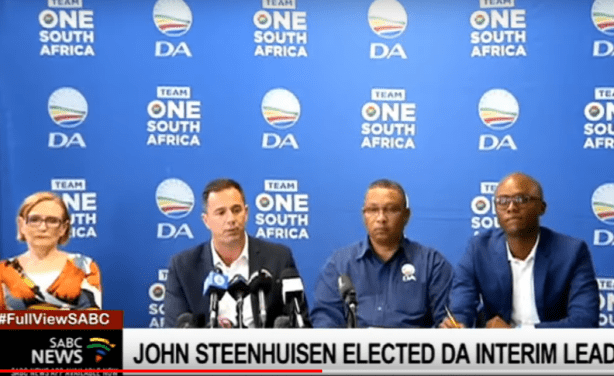 Steenhuisen, who had been the DA’s parliamentary leader, beat Makashule Gana with at least 75 percent of the party’s Federal Council vote to ascend to the top position.

The DA had been without a leader since October when Mmusi Maimane, the first black DA leader, resigned over internal strife.

The party will hold an elective congress for its new leadership in April next year.

For decades, the DA has been seen as a party for the whites only. But in recent years, more and more blacks have joined the party.

In 2016, the DA removed the ruling African National Congress (ANC) from the country’s largest cities — Johannesburg, Pretoria and Nelson Mandela Bay, dealing a heavy blow to the ANC, which has been nationally dominant since 1994.

In addition, the DA has been governing the Western Cape, one of South Africa’s nine provinces, since the 2009 general election.