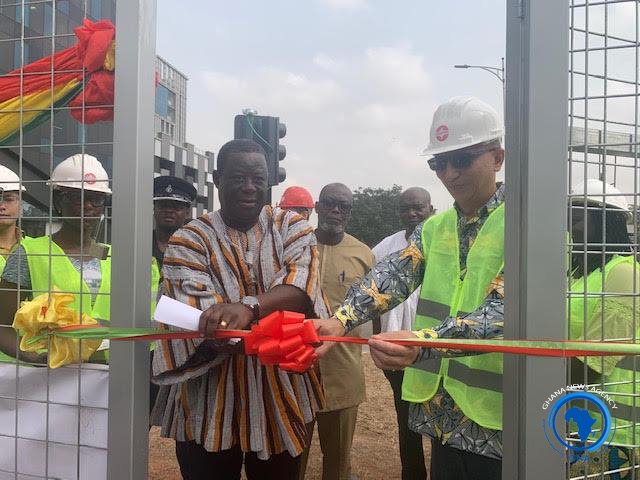 The Roads Minister said the two newly installed signals were part of the 253 traffic intersections being funded jointly by the Government of Ghana and China.

Mr Amoako-Atta, said the AITMS project was one of the many steps the government was taking to ensure free flow of vehicular traffic as the number of vehicles increased and also enhance the key sectors of the economy.

He noted that statistics from the Driver and Vehicle Licensing Authority (DVLA) showed that vehicular growth rate in Accra between 2015 and 2018 was between 12 and 15 per cent, which put pressure on the existing road infrastructure.

Mr Amoako-Atta, said after the completion of the project, personnel of the Motor Transport and Traffic Directorate of the Ghana Police Service would not be required to direct vehicular traffic unless an emergency occurred or there was a systematic failure.

He noted that, when the second phases was completed, all the traffic lights would be hooked to the central control room where it would be under surveillance of 24 hours with technical officials ready to fix any fault.

He said secret cameras would also be fixed at the various traffic intersections to monitor recalcitrant motorists who would jump red lights. Those who would be arrested would face the law and if convicted and fined to serve as a deterrent to others.

Mr Amoako-Atta appealed to all road users to comply with the road traffic regulations and protect the heavy investment made in constructing the facility to ensure value for money and improve productivity.

“The law will deal with anyone who flout traffic regulation because acting in an indiscipline way pose danger and can result in death and injuries,” he added.

Present at the ceremony was Mr Chai Zhijing, the Commercial Consular at Chinese Embassy in Ghana.