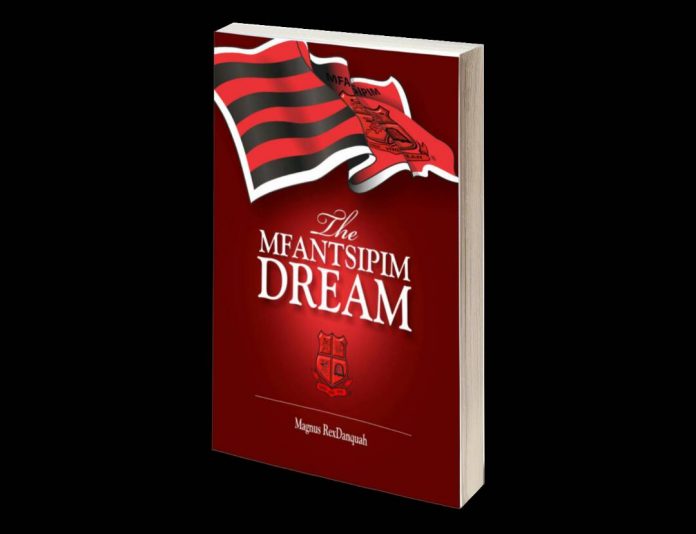 One does not point at the father’s village with the left hand, our mothers told us. But even if, at any point in time, my right hand is occupied pointing at the best school in the world – namely Kwame Nkrumah (now Nsein) Secondary School, my alma mater – I will not dare to lift my left hand to point at Mfantsipim School. Though I am not of Kwabotwe-born, I confess that products of Mfantsipim School are like the sun and, as they say, even the blind man can see when he is walking in the sun. 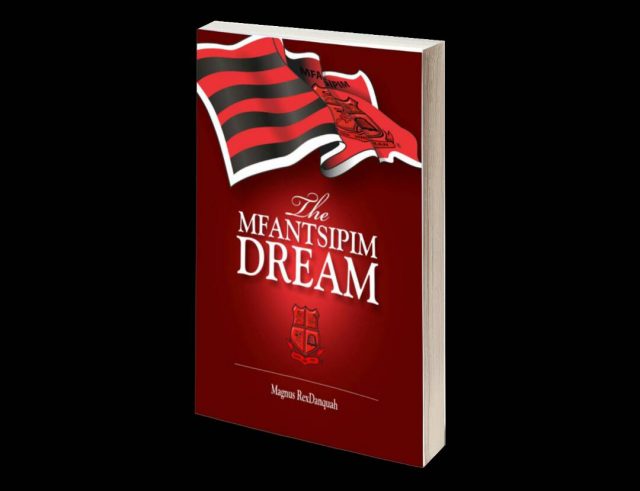 Of course, there is a Mensa in every hamlet, and even as I write this review, I can count on my fingers, some very notorious Ghanaians whose umbilical cord was cut and buried at Mfantsipim School; nonetheless, both from close quarters and from afar, one has nothing but admiration for those Kwabotwe boys, including the most famous ‘boy’, Busumuru Kofi Annan.

RexDanquah is a man on a mission – a mission to depopulate the world of crooked politicians, dishonest public servants and ordinary people. In this book, THE MFANTSIPIM DREAM, he is at pains to sprinkle the pages with tales of the famous and the brave so that “their stories will encourage others, especially the present students and old boys, to emulate their toils, selflessness, sacrifices, loyalties, dedication, and commitments to being the voices of the voiceless for the greater good of humanity”.

But this book is primarily for past and current students of ‘The School’ – as he would have me write it. At the back of his mind, every page in this book is the beginning of plans to commemorate what he calls “the sesquicentenary of The School (1876 – 2026)” and beyond, “looking forward to the bicentenary in 2076.”

For a school that is 141 years old, the telling of the Mfantsipim story cannot be divorced from the history of second cycle education in the country. In this book, we learn of vision and courage – men who, as far back as 1865, were seized with the vision of using education to establish “an effective machinery for the Gold Coasters to govern themselves, providing a ‘native government’ should the British withdraw from then Gold Coast” – visionary Africans who wrote (in the GOLD COAST TIMES of 31 August 1874) that “The material and social progress of the people are entirely in the hands of the people themselves, educate them first, and all other things will follow as a matter of course”.

Even more amazing is the revelation that as far back as the 1800s, there were Gold Coasters who saw far and therefore set about “to provide, found, build, establish, conduct, carry on and endow not only in the Gold Coast but also the rest of Africa” with schools, colleges, and universities towards empowering the youth and facilitate broader emancipation on the continent.

RexDanquah tells of the exploits of John Mensah Sarbah, “who left the School for England with his late father some time in 1881 or thereabouts to complete his education. He is reported to have so surprised the master of the first school he entered as to induce him to question his father as to what school he had previously attended. On being informed that he attended the local High School at Cape Coast, the gentleman is reported to have stated that if there were schools capable of showing such results in the Colony, then there was no necessity for parents to send their children to England for other than professional education.” Amazing.

For some of us, it is from this book we learn the meaning of is the word, MFANTSIPIM – “the soul of the Mfantse people”, where SOUL is defined as the spirit or essence of a person or collective spirits of a group of people bound by common values, traditions, heritage or ethos… that indispensable quality or element identifying the students of the School or determining their character: i.e. their fundamental nature or inherent characteristics”.

As RexDanquah himself, and those who think like him, distill the meanings behind the name, the goal is to inspire present and future generations to appreciate the thought process behind the school hymn, the crest and the motto and “allow The School to pass through you”. Beyond the confines of the school, and long after they have left the school, the author’s wish is that “all old boys should by their lifestyles, work ethics and behaviour, always typify such characterizations, irrespective of career, profession, calling, vocation, trade and ministry.”

His disappointment is that 140 years after the establishment of the School, the country is still grappling with fundamental issues of leadership, patriotism, nationalism, selfless service, corruption across all strands of the Ghanaian fabric, environmental degradation, massive youth unemployment. “The uneducated feel betrayed by the educated, whilst the voiceless and defenceless continue to suffer in silence with nobody ready to stand up for them.”

Read RexDanquah’s verdict: “People educated at Mfantsipim have by their silence dimmed the continued fight for greater emancipation to free the nation from their mental slavery.” His verdict is borne of the regret that “Mfantsipim students, current and old boys are not providing the leadership required of them”.

‘THE MFANTSIPIM DREAM’ is a treasure worth storing, a gospel worth spreading.

Badminton Benin International: “The bronze medal will spur me on to achieve my dream” – Kelvin Alphous

Taking the Lead for the Chinese Dream

Chrissy Metz Reveals Her Dream This Is Us Guest Stars