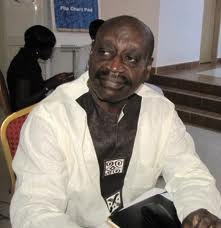 A case management training programme for health workers in the Greater Accra Region, in preparedness for the spread of the Ebola Virus Disease (EVD) has opened in Accra.

The three-day capacity building workshop which opened on Wednesday, is being organised by Ghana Health Service in partnership with the Norwegian government.

It would serve as a training of trainers programme to equip frontline health workers with enhanced skills and knowledge to prevent, control and contain the EVD should any case be recorded in Ghana.

Participants were drawn from the institutions including the Accra Metropolitan Assembly, both public and private health facilities, Christian Health Association of Ghana and the Accra Psychiatric Hospital.

He commended the stakeholders who had supported Ghana in the struggle and particularly the Norwegian Government which provided funding for the training.

He said at a time when the world seemed to be winning the fight against infectious diseases in general, those caused by viruses remain a formidable threat and the EVD is no exception.

Given its spread, the current outbreak in West Africa is the most challenging that the WHO and its partners had ever faced, though it was not the largest outbreak ever.

He said some West African Sister countries had since February 2014, been battling the scourge of the deadly EVD, which began quietly in Guinea and later spread to Liberia and Sierra Leone.

Dr Agyeman-Mensah said unfortunately, active transmission is still taking place in those countries which had become a matter of grave concern for the West African Sub-region

?As you are all aware, Ghana is an international transport hub and has not registered a case of Ebola to date, it therefore falls into the category of countries that will implement activities towards achieving the third objective of Ebola Response Roadmap?, he said.

The Health Minister said Ghana has a small window of opportunity to prevent the outbreak of the EVD from spreading further and urged stakeholders to work assiduously in achieving the objectives of the training.

We need to bear in mind community needs as they undertake the training since they form the ultimate beneficiaries of their interventions.

Mrs Hege Hertzberg, Norwegian Ambassador, pledged the support of the international community towards fighting Ebola in Africa, stating that it is possible to contain the EVD since countries such as Senegal and Nigeria had succeeded in doing it.

She called for stronger partnership, dedication and support for health personnel to be able to contain the EVD should Ghana record any case and also encouraged health workers to be courageous and focused, observing all the golden rules in health care delivery to prevent the spread of the virus.

Dr Ebenezer Appiah-Denkyira, Director-General of the Ghana Health Service, called on the public to be vigilant and report persons with suspected symptoms of the EVD to any health facility for prompt diagnoses, since early reporting had proven to save lives.

Ghana Tax Laws: The Case of Richard Amo-Hene vs GRA

My African Love with Efia Odo premiering under-way in Accra

Government urged to prioritise environmental health in all activities