Head coach Milutin Sredojevic named the team on Wednesday that needs to beat Comoros on Sept. 4 to qualify for Africa’ s biggest tournament. 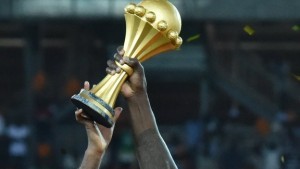 The team that consists of both foreign and local players will first have a build-up match with neighboring Kenya on Aug. 31.

Uganda are tied at 10 points with Burkina Faso in Group D although the West Africans are top because they beat Uganda in an away game 1-0 and drew 0-0 in Kampala.

All that the team needs in this Afcon qualifier is a win in its Group D tie and hope that Group leaders Burkina Faso can draw with Botswana.

A win for Burkina Faso and a win for Uganda could also still see coach Sredojevic’ s team qualify for being among the best two second-placed teams.

The last time Uganda appeared at the continent’ s biggest football showpiece was in 1978 in Ghana when they lost to the hosts during the finals.

The country’ s football federation has already put a cash reward of 5,000 U.S. dollars per player if the team qualifies.

With Uganda chasing a place in the 2017 Afcon, the teams that have already qualified include: Algeria, Morocco, Mali, Guinea Bissau, Egypt, Ghana, Senegal, Zimbabwe and Cameroon. Enditem