Almost three decades after the end of the Cold War, zero-summers in Washington seem to be creating another ideological entrenchment, and drumming up for a new confrontation by re-hyping up what they claim to be the “China threat.”

Among the most notorious China critics is U.S. Secretary of State Mike Pompeo, who has wantonly sought to discredit the Communist Party of China (CPC) and drive a wedge between the Chinese people and the CPC. Most recently, the White House is reportedly weighing a travel ban against all CPC members and their relatives, a population that is estimated to be roughly equal that of the United States.

The days when Washington’s ideological hawks began to intensify their assault campaign on China and its ruling party well predate the coronavirus outbreak. In its 2017 National Security Strategy, the incumbent U.S. administration described Beijing as a “strategic competitor” and “revisionist power.” After that, Washington has launched a tariff war against China, and tried to stoke the so-called “China threat” theory on a wide range of issues concerning the COVID-19 pandemic, Hong Kong, Xinjiang, Taiwan and the South China Sea.

One convenient motivation is to manipulate the highly critical public opinion inside the United States and around the world on Washington’s failure to contain the outbreak, and to shift blame. There are also a number of deep-seated reasons for Washington’s rising anti-China sentiments.

One is Washington’s deeply ingrained missionary impulse to reshape other countries according to America’s own image. In its grand design, the United States intends to transplant the U.S.-style political and economic systems to China through engagement and containment, along with Western values.

With this in mind, some in Washington had hoped that China would, as White House National Security Advisor Robert O’Brien recently said, “become like us.”
Yet to their disappointment, China, under the CPC’s leadership, has made almost improbable economic and social progress while at the same time blazing a new development path that befits its own national conditions and cultural inheritance.

With China having become the world’s second largest economy, some Washington ideologues fear that another communist country will succeed the Soviet Union, and threaten what they claim is America’s global supremacy. That seems to be another major root cause.

In an interview published on the Defense Department’s website on Saturday, U.S. Defense Secretary Mark Esper said “it’s very clear to me and anybody who understands China that they have the ambition to displace us — certainly from the region and preferably on the global stage.”

Guided by this ideology, those China hawks have spared no efforts to fabricate all the excuses, ranging from a ripped-off America, to Hong Kong, Xinjiang and Taiwan, with the sole purpose to crack down on China with all means possible and stunt its future development.

In reality, the McCarthyist bigotry has prevented those decision-makers in Washington from getting rid of their obsolete Cold War mentality, and embracing the spirit of multilateralism that has characterized this age of globalization.

During the Cold War, the two rivaling blocs led by the United States and the Soviet Union had very limited economic and trade interactions. In sharp contrast, countries in today’s world are highly connected by an extremely complex web of economic interdependence thanks to fast technological breakthroughs.

As a major part of the global economy, China’s economy is “not a discrete organism that can easily be separated from the global economy but rather a Siamese twin, connected by nervous tissue, common organs, and a shared circulatory system,” said an analysis published recently by U.S. political magazine Foreign Affairs.

While those present-day McCarthyists in Washington are instigating America’s ideological gap with China, they risk pushing the China-U.S. relationship, arguably the world’s most important bilateral relationship of this time, into dangerous territory, and catapulting the international community back into the age of division and rivalry.

By threatening to decouple with China, those China hawks will further unleash toxic elements of uncertainty and discord at a time when dynamic global cooperation is needed more than ever to beat the deadly COVID-19 pandemic, boost post-pandemic economic recovery, and address such global challenges as combating climate change and fighting terrorism.

Thus, it is imperative for them to put aside their McCarthyist bigotry and try to formulate a more rational China policy based on facts, not bias or myths.
To do that, the United States should immediately call off its acts of politicization and stigmatization against China, and create a level of mutual respect and trust needed for cooperation.

It is beneficial to recall what Chinese State Councilor and Foreign Minister Wang Yi said recently at the China-U.S. Think Tanks Media Forum, “while the U.S. unscrupulously encircles and smears China around the world, and meddles in China’s domestic affairs, it should not demand unrealistically that China show understanding and support to the U.S. in bilateral and global affairs.”

It is also essential for the two sides to reactivate all existing channels of dialogue so as to maintain a smooth flow of communication, and sort out areas where they need to manage their differences, as well as sectors where they can join forces like containing the raging coronavirus pandemic.

More than four decades ago at the height of the Cold War, the Chinese and U.S. leaders had managed to set aside ideological differences and normalized bilateral relations.

Today, leaders in Washington should join their counterparts in Beijing to muster up even greater political courage and vision and pull the China-U.S. relationship out of perhaps the most severe challenge since the establishment of diplomatic ties.

The consequence of failing to do so could be too disastrous for the world to bear. Enditem 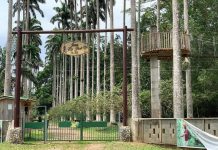 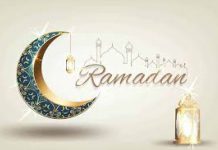