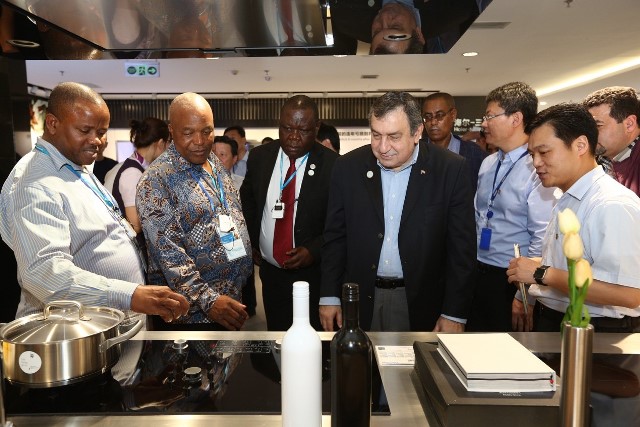 Such move will bring the developing world’s engagement in global governance to an unprecedented high.

1 of 3
Though G20 members include both developed and developing ones, the latter was not fully represented. By bringing the largest-ever presence of representatives from the developing world, China hops to cover this “democratic deficit” and help developing countries involve more in global governance.

These representative nations will help boost G20’s communication with the African Union, ASEAN and G77 so that more voices of the developing countries will be heard. Such an arrangement also keeps abreast with the summit’s theme, namely “Building an innovative, invigorated, interconnected and inclusive world economy”.

The meeting will also be more inclusive as developed world and developing world will sit together to plan for healthy and sustained development of world economy.

The scholar also praised China’s emphasis on the development. Hailing the host country’s arrangement as a wise choice, the scholar said with more participation in the summit, the developing nations can increase their involvement in G20 agendas and also set up cooperative partnership with G20 members.

The uneven development is one reason for today’s lackluster world economy. But more engagement of developing countries in G20 agendas will help narrow down such unbalance as the former’s development will release more demands that will further drive world economic growth. The G20 members have proved this idea with the win-win cooperation between the developing and developed world since the 2008 financial crisis.

China’s decision to place the “development” at the core of global governance for the first time also meets the appeals of developing nations. By bring more voices of developing world in the summit, both developing and developed countries can have an equal-footed discussion on global economic affairs.

Such an arrangement, which keeps in line with the shift of world economic landscape, can also be seen as a kind of historic progress.