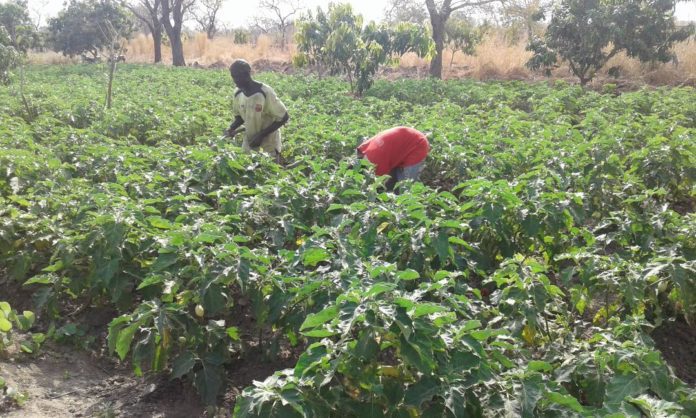 The government flagship programme, One Village One Dam policy is a brilliant concept which has the tendency of boosting agriculture in Northern Ghana, but its implementation has been poor, research has revealed.

Prior to the 2016 elections, the current government as part of its campaign messages pledged to construct a dam in each village in the five regions of the north to promote all year farming and upon assumption of power, 570 dams were earmarked to be constructed.

A research conducted from January to February, 2020, in the Upper East Region, by the Peasant Farmers Association of Ghana (PFAG) with funding support from Oxfam Ghana, revealed that the One Village One Dam policy was one of the best social interventions initiated by the government, however, its implementation was marred with gaps.

These were made known to stakeholders including; representatives from the Municipal and District Assemblies, Ghana Irrigation Development Authority (GIDA), Chiefs, Civil Society Organizations and the media among others in Bolgatanga, the regional capital.

Speaking to the stakeholders, Professor Joseph Yaro, the Department of Geography and Resource Development and Lead research fellow for the PFAG on the One Village One Dam programme, explained that the research was conducted in 24 communities across eight districts and sought to find out how the implementation of the policy was serving the beneficiaries.

It employed site visiting, focus group discussion, and interviews and that 83 dams out of the 140 dams earmarked for the region were constructed while a number of the dams were still under construction.

The findings explained that members of the communities were excited about the policy and expressed the hope that it would help address the water challenges and enable them practise all year farming, however, most of the dams constructed did not have enough reservoir to store water for dry season farming.

“Various communities expected the dams to be used for farming, fishing and other domestic uses. However, their hopes were dashed when they realized that the water in the dams would not be enough to last through the dry season. Communities decided to reserve the water for livestock watering,” the finding stated.

The finding stated that even though the people were told about the projects, education and consultation was not done in many communities, leading to poor siting, dam safety concerns, and environmental effects including loss of trees, loss of farms and communal access areas and destruction of wetlands.

“There was poor consultation with other government agencies such as the district assemblies, department of agriculture, Chiefs and other opinion leaders. District assemblies were not involved in the planning phase and therefore could not supervise the project effectively”.

The Irrigation Development Authority (IDA) whose role is to provide technical support in construction of dams in Ghana did not play an active role in the planning and implementation of the 1V1D project.

The research therefore recommended that apart from increasing the resource allocation for the dams to be expanded, beneficiaries and all other relevant stakeholders should be consulted during the planning phase of irrigation projects and their inputs should be considered in the planning and implementation of projects while allowing IDA to support with its expertise.

Professor Yaro noted that dam design should be based on topography and the needs of each community and suggested that other innovative means of irrigation development such as solar irrigation could be considered.

Mr Charles Kwowe Nyaaba, the Head of Programmes and Advocacy, PFAG, explained that most of the dams at their current state were not serving the communities as they could not practise dry season farming due to the low reservoir to contain the water and therefore appealed to government to take steps to reconstruct the dams and consider renovating existing irrigations projects to serve the smallholder farmer better.

Chiefs calls for the completion of road development in NorDU area

Chiefs urged to use their influence to stop Human Trafficking