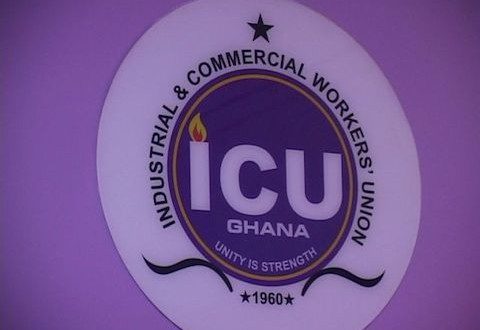 More than 20 companies in the Tema Metropolis are due to close down by October due to the country?s economic decline, Solomon Kotei, General Secretary, Industrial and Commercial Workers Union (ICU), announced on Monday.

According to him, ?more than 20 companies in Tema are threatened to close down by the end of October if things continue this way. The shutdown would lead to the laying off of over 4,000 workers.?

Addressing members of the ICU, who were embarking on a demonstration to register their displeasure to government about the deteriorating economic conditions, Mr Kotei called on the government to consider a downward review of corporate taxes to aid the growth and development of businesses.

The ICU General Secretary asked government and the economic management team to take effective and practicable measures to stabilize the ?tottering economy and save it from total collapse and as a result save workers, the masses and mother Ghana from further suffering?.

The ICU also called for the retention of fuel subsidies to ensure continued economic relief for the ordinary people of Ghana.

The Union suggested to government to cut down drastically on unnecessary expenditure and purge itself of corrupt officials at the presidency, ministries, departments and agencies.

The ICU petition also called for an immediate end to the excessive borrowing that is increasing the nation?s debt stock without the corresponding concrete or physical development to show for it.

Mr Odamtten advised unions to always use legitimate means to voice their concerns.

The peaceful demonstration, which started at about 0845 hours, saw participants singing and dancing to brass band music from the Tema Community Centre at Community one, through Mankoadze roundabout, stadium road and terminating at the Tema Industrial Recreational Area (TIRA) at Community Two.

Participants, who were clad in red attires and bands, held placards with some reading, ?With dum so! No Production?, ?Mr President the tariff is collapsing Tema Steel?, ?The impact of the new tariff will kill us? and ?PURC reduce tariffs to save jobs?.

The Police numbering about 500 dressed in protective clothing provided protection for the demonstrators and residents.

President Gives Hope; Says Economic Hardship Will Be Over Soon

Credit Rating Agency Soon To Be Established In Africa