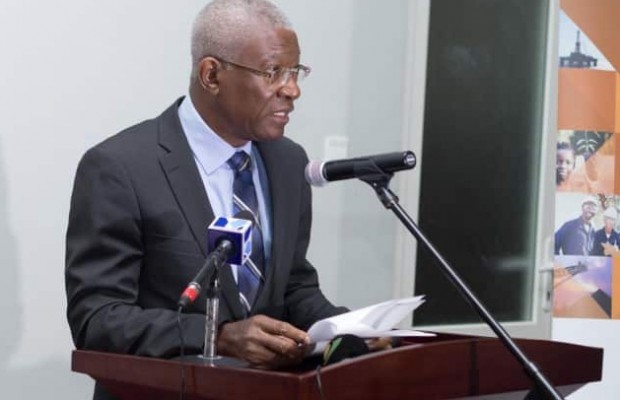 The Minister of Lands and Natural Resources, Nii Osah Mills has warned encroachers and landguards, who have illegally taken over official lands of Achimota School in Accra to desist from the practice.

He said his ministry was liaising with the police to arrest encroachers and prosecute them according to the laws of the land.

The minister gave the warning when he joined members of the Parliamentary Committee on Lands and Natural Resources to inspect Achimota School lands, which have been taken over by private developers on Tuesday.

Old students of the school had petitioned the Speaker of Parliament over the matter.

During the tour, they discovered that the school farms at Christian Village had all been developed while parts of the school’s land extending to Abofu were being developed by the private people.

The Minister said his ministry had ordered the Lands Commission not to register any land belonging to the Achimota School.

The chairman of the Committee on Lands and Natural Resources, Amadu Seidu, after the tour, said the Speaker referred the petition of the old students to them and it was their duty to visit the site and report back to him.

According to the chairman, before the field tour, the committee invited officials of the Lands Commission who said they had not given any land titles to any developer.

He said it was unfortunate that the school’s property and for that matter state property were being destroyed by self-seeking private individuals, adding that “in fact, in a country which is being governed by laws these things should not be allowed to happen.”

He said the committee would present a comprehensive report with the necessary recommendations to the Speaker for action to be taken.

A member of the committee and New Patriotic Party (NPP) Member of Parliament (MP) for Bantama, Kwabena Kokofu said the law enforcement agencies must be made to work and protect public lands and property.

The headmistress of the school, Beatrice Adom said that the school, which used to admit less than 800 students, currently has a student population of 2,800.

More students want admission to the school which means that we will need more classroom blocks, dormitories and staff bungalows, she added.

She pleaded with government to retrieve their lands for them to ensure the expansion of the school’s infrastructure to accommodate all the students and staff.