Officials of SADA appeared before Parliament’s Public Accounts Committee earlier this week and sought to correct the widely held view that the afforestation project was a failure. Speaking to The General Telegraph, the Corporate Affairs Manager of AGAMS Holdings, the parent company of ACI Construction & Restoration Ltd, Mr Emmanuel Arthur said the seeming exonerative posture of the authority reaffirms the company’s conviction that the contract was executed in good faith. 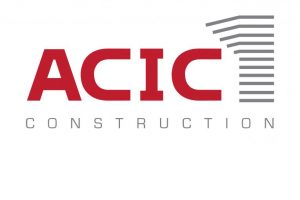 He explained that because the project had time-lines, it was compelled to commence planting around the time when the dry season was almost over. He maintained that all 5 million seedlings were planted and the necessary care given to ensure their growth but expressed regret that even though “the entire project was for a 5-year period which would have offered us an ample time to grow and nurture the trees, less than half-way through, the contract was abrogated”.

He described as unfair, suggestions that the company deliberately messed up the project. “We have done several projects for different governments over the years and we will be the last to abuse opportunities such as the one that brought this project into being”, he said.
Mr Arthur said as law-abiding entity, ACI Construction has been collaborating and will continue to do so with relevant state agencies to ensure conclusive closure to the matter.

According to him, the full benefits of the project would have been realised if it had been allowed to travel the full haul. For instance, the project would have generated jobs for ten thousand youth on yearly basis while the Carbon stored by re-growing forests could have secured us carbon credits, which in turn could have provided us financial benefits. “By the plans, farmers and land managers were to be encouraged to earn carbon credits by storing carbon or reducing greenhouse gas emissions from their land and up to over $2million could have be gained yearly in our case”, he added.

He said because SADA was the country’s major response to the global warming challenge, there was deliberate attempt to use the afforestation to improve the economic viability of the northern regions as well as the environmental conditions, including rainfall patterns and continuous flow of water into the Akosombo and Bui Dam.

On concerns over track record and competency, Mr Arthur said ACI Construction & Restoration was executing a similar project along the coastal belt which was done successfully. He gave the assurance the company has “learnt our lessons, most of which are very useful and ready to do work with any individual, or organisations, both private and public”.

SADA CEO, Charles Abugri met the Public Accounts Committee on Monday and affirmed the report of independent auditors from the University of Development Studies (UDS) that an average of 85% of Savanna Accelerated Development Agency-sponsored trees planted within the Northern Savannah Zone of Ghana survived.

The trees were planted by ACI Construction & Restoration Limited. The project followed a June 2012 contract signed between ACI Construction Limited and SADA, an independent State agency responsible for coordinating a comprehensive development agenda for the northern savannah ecological zone in Ghana.

The SADA boss is meeting the lawmakers over Auditor-General’s and media reports on the project which cost the nation ¢32 million whose contract had to be terminated midway as a result of public uproar. President Mahama in January 2014 ordered the discontinuation of the tree planting contract, following which an independent audit was conducted to ascertain allegations that the contract was not properly executed.

Quoting from the report, he said “The average percentage survival of all the planted species in the SADA plantations were very high (85%) with the highest (88%) recorded in the Eastern Zone and the least (76%) in the Southern Zone,” and adds that “a total of 145 plantations were surveyed in all the four afforestation zones encompassing 45 political districts in 5 regions. Eight tree species were planted in the various operational zones namely; Tectona grandis, Senna siamea, Albizia lebbeck, Khaya senegalensis, Mangifera indica, Anacardium occidentale, Eucalyptus spp. and Moringa oleifera.”