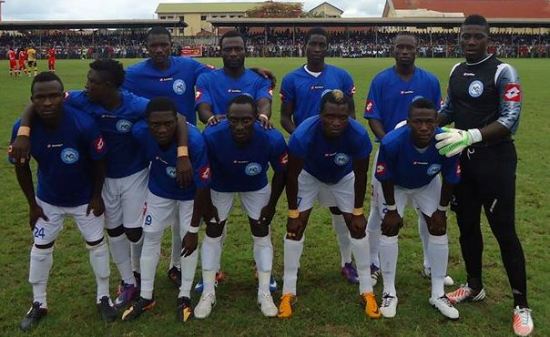 Aduana Stars? chief executive Albert Commey claims his side suffered from biased officiating in their Premier League defeat at New Edubiase on Wednesday.

The former champions were piped in Berkwai by a late penalty well converted by Fuseini Nuhu.

The Dormaa-based side are however contesting the fairness of centre referee Biney and his assistants.

Aduana Chief Executive is adamant his team wouldn?t have lost to Edubiase has the referee not been biased.

?The referee played most parts of the game for them and it is quite unfortunate as referee Biney is one of the best we have on the local scene,? he told Metro FM.

?We all saw what happened here. It?s sad but we will put it behind us and focus on getting the results in our next matches.?

Aduana must now pick the pieces as they prepare to host under-performing Hearts of Oak in their next First Capital Plus Premier League match.