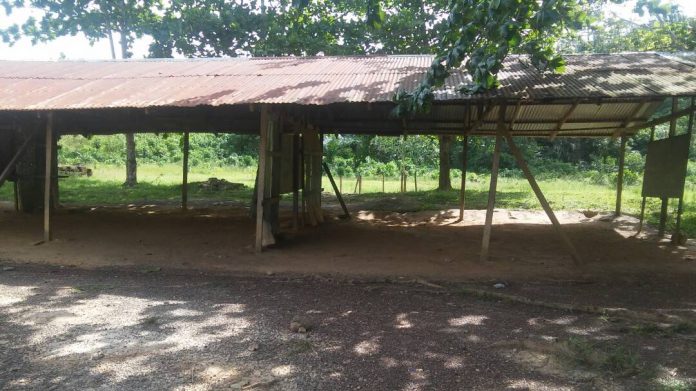 Despite the spirited efforts to improve upon education in Ghana, more than one million children in rural areas are not in school despite the available opportunities. 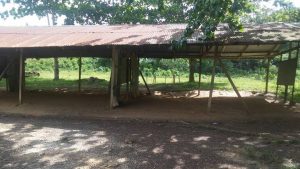 Many have blamed this on ignorance of parents because those who did not benefit from education find no reason to send their children to school. Some also blame the situation on poverty.

Article 25 (a) of the 1992 Constitution on Education Act (2008) and Free Compulsory Universal Basic Education (FCUBE) programme explained the need for a freely accessible and compulsory basic education to every citizen.

The same Act warned that parents who shirk their responsibility to allow their children access to basic education would be prosecuted.

The Complementary Basic Education (CBE) programme, which seeks to provide out of school children with literacy, numeracy and skills in their local languages to enable them access mainstream education is one area that contribute immensely to bettering their lot.

To this end many other effective innovations abound in CBE but despite the successes, many children are unable to attend school particularly in the rural areas and mostly in the deprived communities.

Though many laws are made to improve the lives of people in Ghana, there is little effort made by stakeholders for social accountability to ensure that things work well for the less privileged.

Harsh conditions are also yet to be meted out to communities and parents who renege these responsibilities.

Also a as a country much efforts have not been put in place to fully utilise the available opportunities put in place by government to address the high dropout rate of school children.

Many of these children for no fault of theirs are forced to do menial jobs ranging from dishwashing, working at the quarries and mining areas in rural communities.

In spite of the response to CBE and the number of children enrolled and churned out at the transitional levels, efforts of government and stakeholders are yet to be fully felt by learners and other beneficiaries.

The problems confronting children in accessing education include high school drop- out rates among girl- children attributed to traditional practices and poor monitoring of learners to ensure they are on course in their academic pursuits.

Despite these challenges, for many children in the Bawku Municipality and beyond, who are benefiting from the CBE, there could be no better time than now, as they could read and write and the joy to wear school uniforms, a dream come true for most of them.

AFRIKIDS Ghana, a non- governmental organisation, committed to ensuring children in this category enjoy the fruits of education, are working hard to ensure no stone is left unturned to achieve the feat to help in improving quality education, teaching and learning in communities.

A media tour to some communities in the Bawku Municipality, Pusiga and Binduri Districts where Afrikids operate and provide technical support to facilitators of CBE indicate that more efforts from stakeholders can change the fortunes of children who are not in school.

Afrikids is doing this through supportive programmes by equipping facilitators and animators with the needed skills to teach and to handle learners in CBE and providing other teaching and learning materials like pens, pencils among others.

The NGO also plays significant roles in the provision of reading books in the Kussal language to all classes to improve children’s reading and spoken skills in their local dialect.

In the Binduri District there are 1,125 learners at designated schools, who hold classes after school hours.

Mr Patrick Boarzee, the Pusiga District CBE Co-ordinator said 1,150 learners were enrolled in 2017 in the area from 43 communities cutting across Pusiga communities with 46 classes with the support of 22 facilitators and school management committees.

Mr Boarzee noted that in 2016, the programme enrolled 1,214 learners from Widana, Zong Natenga, Bempella, wikogo and Zorbiga communities among others constituting 636 males and 564 females in 2016, whilst 1,195 children learners were transitioned.

The project according to him focuses on girl- child education and this is being done through sensitisation of communities to realise the importance of education of girls.

He observed that holding girls under this category was critical in view of the challenges faced in early marriages that were rampant in the area.

Mr Boarzee said daily re enforcement to ensure girls remained in school was cardinal to the programme and therefore regular visiting of schools where the girls were transitioned was one of the agenda of Afrikids.

For learners who have transitioned, he said monitoring and assessing such children have shown proof of good performance.

He however called for special attention on CBE and urged that such children be included in all activities especially when they joined the normal school.

Ms Zalia Sule, a CBE facilitator at Tensongo in Pusiga who teaches the learners in a community constructed thatched house joined the School Management Committee to appeal for a well-constructed school block.

She noted that there were a lot of children at home yet to enroll whilst the formal schools were far from the communities.

Mr Cosmos Yeleduor, Pusiga Director of Education in an interview, praised the programme and funders.

He said challenges such as early marriages, traditional beliefs and many setbacks still affected education of girl- children in the District.
He also called for collaboration and stakeholder support for the sustenance of the programme and pledged the continuous support of Ghana Education Service to provide needed support for transitioned learners.

Mr Joseph Azuntaaba, Municipal Director of Education in the Bawku Municipality praised the CBE, saying it started in 2016 with a huge number of children gathered from communities.

To monitor the transitioned learners to ensure that they do not drop out of school is still a challenge of the Ghana Education Service.

Mr Azuntaaba indicated that the huge enrolment from the CBE for transition also caused bloated numbers in the formal schools, hence it affected distribution of educational supplies such as teaching and learning Materials, furniture and uniforms.

He observed that support for CBE depended heavily on government.

He recommended increased budgetary allocation to include school feeding for transitioned learners.

For the future of CBE and its sustenance, the enthusiasm in learners indicate that the future holds bright only with continuous support of partners and sustained interest of learners.

Therefore the role played by Afrikids in bridging the gap of government in sustaining interests of children to learn cannot be over emphasized.
The fact that children learning under CBE cannot benefit from school feeding is also an area worth considering.

CBE lessons are held after mainstream schools are closed and though this gives ample time for shepherds and other children the opportunity to learn in the day time, attention should be given to how they learn.

This will prevent vulnerable families and poor parents who are unable to send `their children to school not to fully participate in CBE.

It is for this reason that facilitators and other stakeholders are calling for the priritisation of the CBE for the programme to achieve the policy goals.
GNA/www.newsghana.com.gh