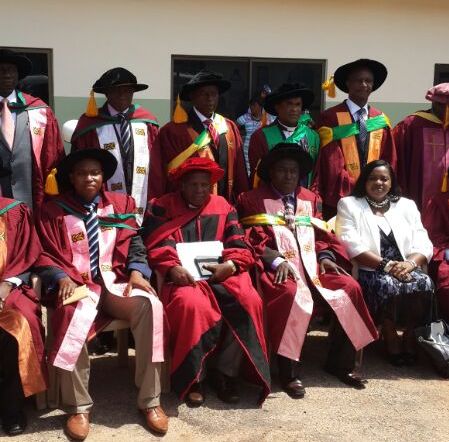 Ghana coach Kwesi Appiah has been handed a honorary doctorate degree by the Day Spring Christian University of Mississippi even before leads the Black Stars to 2014 World Cup looming, GHANAsoccernet.com can exclusively reveal.

The Black Stars coach who will be leading the side to the 2014 World Cup in Brazil was decorated with his honours at a ceremony held at the School of Allied Science campus in Accra on Saturday, Ghana?s leading football news outlet GHANAsoccernet.com can confirm.

Appiah, nick-named the ?Silent Killer? by the Black Stars players for his calm but firm ways of dealing with indiscipline in his squad, was awarded a Doctor of Psychology in Sports.

The former Ghana captain was celebrated for his historic achievement as coach of the Black Stars.

Appiah became the first indigenous Ghanaian coach to qualify the Black Stars to the World Cup finals after presiding over a flamboyant qualification series. He was therefore one of 10 personalities including Ghana?s Speaker of Parliament Rt. Hon. Edward Doe Adjaho who were awarded for their contributions to the development of Ghana in their various fields of endeavours.

In a citation, Kwesi Appiah was celebrated as a Doctor of Psychology in Sports for his contribution to the development of sports in Ghana and the impact made as coach of the Black Stars.

Dr. Appiah?s award by an American University shows how he is respected across the globe for his successes despite the fact that Ghana will face the United States at the World Cup.