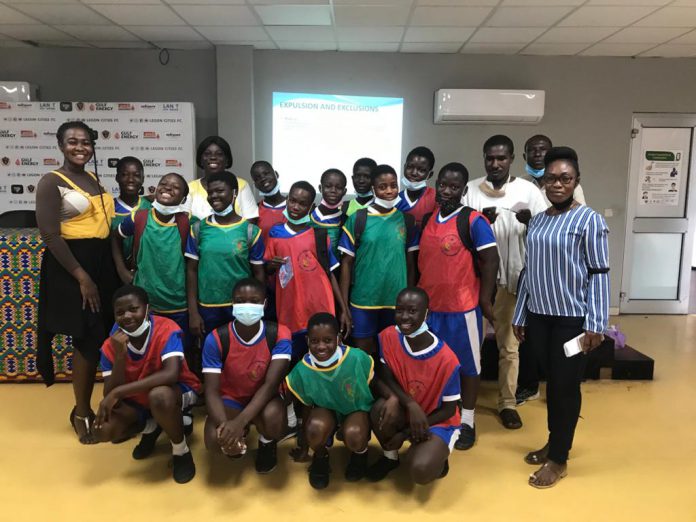 The Ampe Association of Ghana on Thursday organized a seminar for officials at the Accra Sports Stadium.

The participants were taken through the rules and regulations governing the traditional sport which is played mostly by females all over Ghana.

Secretary General of the association, Miss Agnes Abefe said Ampe is being observed by some international bodies like the Commonwealth Games and IOC and they want to push so that it is played as a demonstration during the 13th African Games to be hosted in Ghana in 2023.

Pupils from St. Banarbas Anglican JHS performed the demonstration at the workshop.

The president of Women Sports Association of Ghana WOSPAG, Mrs. Joyce Mahama who oversees the Ampe Association commended the officials and urged them to spread the good news about Ampe as it has come to stay.

She appealed to the media to promote the most popular traditional sport in Ghana.

Mrs. Mahama called on young girls to engage in active sports, and adviced them to chose Ampe if they cannot play football, hockey or swim.

Ampe is a simple but energy-driven game played by school-age children. It originated from Ghana and also played in other neighbouring countries. It is played by two or more people and requires no equipment.