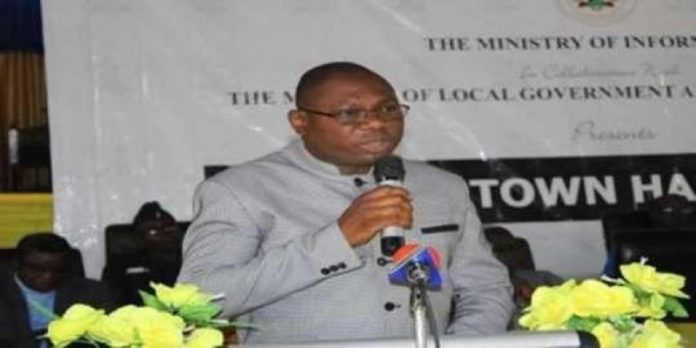 A group calling itself the ‘Concerned Citizens of Bibiani Anhwiaso Bekwai Municipal’ has commended the Municipal Chief Executive (MCE), Mr Alfred Amoah, for his achievements in the past four years and urged President Akufo-Addo to maintain him.

Mr Jacob Ayimah, the leader of the group, said the Traditional Authority and the people appreciated the ongoing development in the area and, therefore, the need to maintain the MCE to continue for another four years.

He said the MCE had diligently served the people in line with the vision of the President Akufo-Addo-led Government.

“Mr Amoah has exhibited exemplary leadership and sterling performance during the four-year term in areas of education, health, security, water and sanitation, youth employment and many more and deserves a second term,” Mr Ayimah said.

He said the MCE alone fought the operators of small-scale illegal mining, also known as ‘galamsey’ in the Municipality.

“Due to his good works, the Municipality on two occasions won the second-best developed Municipality in Ghana, organised by the Local Government Ministry,” he said, adding that he contributed immensely to the New Patriotic Party’s victory in the constituency during the 2020 election.