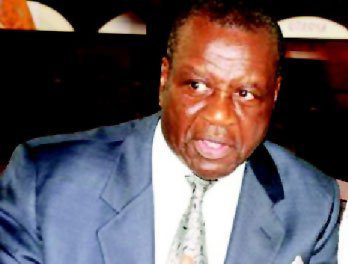 Victor Attah, immediate past governor of Akwa Ibom, has launched a rare public criticism on his successor, Godswill Akpabio, and campaigned for the governorship candidate of an opposition party.

For the first time since he left office in 2007, Mr. Attah, Saturday, publicly attacked Mr. Akpabio, describing the latter?s senatorial aspiration as not only hypocritical, but deceitful.

The former governor, who is a founding member of Nigeria?s ruling Peoples Democratic Party, PDP, and is a member of the party?s Board of Trustees, spoke at a rally of the opposition All Progressives Congress, APC, in Uyo, the state capital.

Though he said he remained a member of the PDP, Mr. Attah said he had to campaign for the APC due to ?compelling circumstances? to lead Akwa Ibom residents to make and implement a succession plan in the 2015 elections in the interest of the state.

To justify his action, Mr. Attah reiterated President Goodluck Jonathan?s statement during the latter?s campaign rally in Akure, Ondo State, on January 28 that because politics is about people, he cannot be a leader if he fails to do what his people want.

He said the overwhelming wish of Akwa Ibom residents in the April election was to support a governorship candidate of their choice and not one imposed on them.

?I am a leader of my people. My people do not want anyone to be imposed on them as governor. They want Umanah Okon Umanah as their governor,? Mr. Attah stated.

Mr. Umanah, a commissioner in the administrations of both Messrs. Attah and Akpabio, is the governorship candidate of the APC, a party he joined from the PDP after falling out with the outgoing governor. His main challenger is Udom Emmanuel of the PDP who is supported by the outgoing Mr. Akpabio.

Defending his decision to support the opposition candidate, Mr. Attah said, ?As a prime advocate of power shift (zoning) among the major component tribes of the state, I always believed it was logical to assume that after Uyo and Ikot Ekpene senatorial districts produced the governor, it should be the turn of Eket.

?But, the present posturing of those now parading themselves as champions of zoning is not only hypocritical, but deceitful,? he said in apparent reference to Mr. Akpabio who has made reference to the zoning as one of his reasons for anointing Mr. Emmanuel.

Speaking further, Mr. Attah said he would support the restoration of the zoning principle in the future, but it should to be jettisoned in 2015 as certain other compelling reasons cannot be satisfied with zoning alone.

The ex-governor mentioned the example of Governor Emmanuel Uduaghan of Delta State, who he said not only withdrew his support for a governorship candidate, but also abandoned his senatorial ambition in 2015 in the interest of justice, equity and fair play, in order to save the PDP in Delta from crisis.

?In Akwa Ibom, everybody knows that it is the turn of Abak Federal Constituency to produce the next senator. So, why is His Excellency, Governor Godswill Obot Akpabio insisting on contesting that position, if at all he believes in zoning?? Mr. Attah asked rhetorically.

Criticizing his successor?s ambition as ?very provoking and totally unacceptable?, the former governor urged all indigenes of Ikot Ekpene senatorial district to team up with the people of Abak and support the APC senatorial candidate against Mr. Akpabio.

On the governorship election, Mr. Attah said political leaders in the state had resolved to resist any form of imposition after they failed to get a level playing field that would allow the people?s collective will to prevail.

According to the former governor, Mr. Emmanuel, the PDP candidate, was not nominated by the PDP but by Mr. Akpabio.

?The governor told us that in fact it was the wife, the so-called ?Mother Theresa? of Akwa Ibom State that discovered and sponsored Udom Emmanuel. And he, ?The Imperial Majesty?, is determined to impose him on us as puppeteer on the throne,? he told the crowd.

?A surrogate of Godswill Akpabio must not be allowed to govern us? the former governor said. ?Akwa Ibom, listen to what I say, Umanah Okon Umanah is the man.?