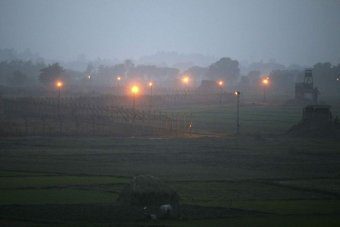 At least nine civilians were killed on both sides of the Kashmir border in artillery fire by Indian and Pakistani troops, officials said. Five Indians and four Pakistanis were killed in the deadliest border clash this year in the disputed region.

“The Pakistani troops fired a range of artillery including heavy mortars that resulted in the deaths of five people including a 13-year-old girl and two women,” Chaudhary said by phone.

The shooting had stopped by late morning.

Each country administers part of Kashmir separately, but both claim the region in its entirety. They have fought two wars over the disputed region.

The South Asian rivals agreed to a ceasefire on their border in Kashmir in 2003, but it has often been violated.

Monday’s ceasefire violations came as Muslims in both countries celebrated the Eid-al-Adha festival.

The clash occurred days after Pakistani army chief General Raheel Sharif said troops would forcefully respond to any aggression at the border.

Escalation of cross-border volleys in recent weeks has forced hundreds of civilians to take shelter in state-run school buildings.

“Firing is still on in our village. People are terrified. We do not know where to go,” Kamal Arora, a resident of Arnia, told reporters.

In a separate incident, the Indian army killed three militants who were trying to infiltrate into the border district of Kupwara around midnight, the IANS news agency reported.

India accuses Pakistan of supporting a Muslim separatist insurgency in the part of Kashmir it administers. Islamabad denies the allegation describes the separatists as freedom fighters.
GNA