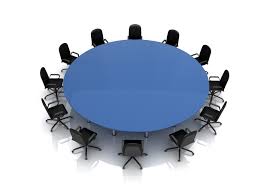 Assembly members need to be pushed hard to live up to their responsibilities. This was the consensus at a roundtable of women at Agotime-Kpetoe in the Agotime-Ziope District, on Tuesday.

The forum was held by the Volta Regional Chapter of the Commonwealth Human Right Initiative (CHRI), Africa Office, with funding from STAR-Ghana.

The general opinion was that assembly members often disregard their duties, claiming to be busy, but surface during local government elections and campaign for votes.

Janet Sewordor, Agotime-market queen, said assembly members and bureaucrats at the Assembly were being evasive about the huge structural and sanitation issues facing the Agotime-Kpetoe market.

She said the gutters were choked and the grounds were rugged and unpaved, resulting in overflows during heavy rains.

Madam Sewordor, however, conceded that some market women were recalcitrant and refused do business at designated places, thereby compounding the problems.

Prosper Kporku, a librarian at the Agotime Senior High School, attributed the lowering standards of basic and secondary schools to the disposition of some pupils and students that they could clandestinely get the examination questions before the time.

He said as examinations approached students would rather be glued to their phones, expecting hints about questions from their friends, rather than to their books.

Christine Dekator, CHRI Programmes Advocate, said there was the need for stronger Parent Teacher Associations at the schools and more responsible parenting.

Other concerns raised at the forum were the misuse of a centralized public address system for playing loud music at Agotime-Kpetoe, jarring noise from drinking bars at odd times, and the dangers posed to community members by the operation of largely unregistered commercial motorbikes (okada).

The forum called on the chiefs to exert their authorities in their jurisdictions.

Simon Agbetsiafa, a CHRI Volta Intern, who moderated, stressed the need for community members to seek information from those who governed them both directly and indirectly.

He said it was one?s right to know about what the Assemblies were doing to tackle their welfare concerns, so the citizenry should not leave public officers unaccountable.

Assembly Members In The North Trained On Complaint Candling

We need to build the capacity of assembly members – MCE