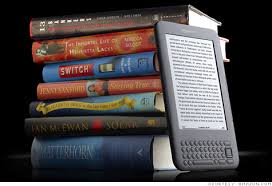 The facility serving over 300 Basic, Senior High and tertiary institutions in the area had on its book shelves a few books for toddlers and old newspapers published between the years 2003-2006.

The situation does encourage students to cultivate the habit of reading and undertaking of research works.

Mr Federick Entsi, the Municipal Librarian who disclose this in an interview with the Ghana News Agency in Assin Fosu, said the facility was in dire need of current reading books, reference materials among other modern learning aids to support students in the municipality and beyond.

According to him, since the establishment of the library in the early years of 2000, the edifice had not received any major rehabilitation and book supplies, a situation he confirmed had drastically reduced patronage of the once vibrant facility due to the very old books users of the facility were confronted with on daily basis.

Further checks by GNA indicated that the facility had no urinal, place of convenience and water, as flies and lizards competed with patrons of the facility for the limited sitting space that had been improvised.

Some of the book shelves, wooden chairs and tables had broken and hanged loosely, faded paintings, poor lighting system and some exposed cables were all posing risk to users.

The poor condition there had affected patronage and school children, tertiary students and workers have resorted to studying at home and in classrooms to read amidst distraction from moving vehicles and passers-by.

The library did not have any librarian last year and the only computer had developed fault hence there was no reliable statistics of patrons.

A facility audit report carried out by Mr Felix Handson, a public Management Consultant on 31st January, 2017, chanced upon by GNA demanded the replacement of six out of the eight ceiling fans, one air conditioner and 21 sitting chairs and tables.

Mavis Mensah, a 16-year old form three student of Endwa M/A Basic School and a regular user of the facility appealed to the Government to rehabilitate the library and stock it with the relevant books that would boost research works and academic performance of students.