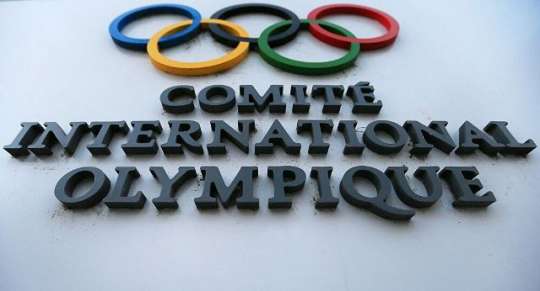 Bach, who arrived in Tokyo on Sunday for a four-day stay, held talks with Suga for the first time since Suga took office as premier just two months ago and discussed measures to hold the Games next summer under safe conditions despite a recent resurgence of the coronavirus in Europe and the United States.

Suga reiterated that he was “determined” to host the Games, which, in an unprecedented move, were postponed by a year in March due to the pandemic and are now scheduled to start on July 23, 2021.

“We keep our commitment to realizing a safe and secure Olympics while coordinating closely with the IOC,” the premier said.

Bach is “confident” that the Olympics will take place with spectators, he told reporters following the meeting.
“In this meeting, we were totally aligned in the full determination and confidence to make the Olympic Games Tokyo 2020 and the Paralympic Games a great success next summer here in Tokyo,” Bach said.

“Together we can make these Olympics Games and the Olympic flame the light at the end of the tunnel,” he added.
Amid recent surges of the coronavirus in Europe and the US, the Japanese public is sceptical about the staging of the Tokyo Games.

Japan reported a national record of more than 1,730 new infections on Saturday, hitting a new high for the third consecutive day.

A Kyodo News survey showed on Sunday that about 84 per cent of those polled expressed concerns about the record increases in coronavirus infections in Japan.

Later on Monday, Bach was also to meet Tokyo Governor Yuriko Koike and local organizing committee president Yoshiro Mori. He and Mori are to hold a joint news conference.

On Tuesday, Bach will visit the athletes’ village and the National Stadium, the Games’ main venue.
During Bach’s visit to Japan, the joint project review meeting with the IOC and the International Paralympic Committee will also take place from Monday to Wednesday.