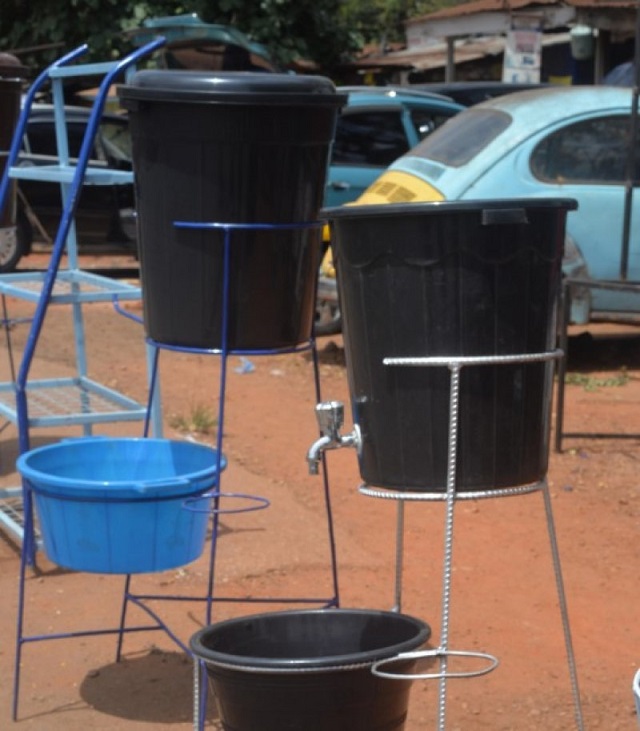 The heads of basic schools in the Sunyani Municipality on Monday ensured strict adherence to government directives against the Coronavirus Disease (COVID-19), as children returned to schools, after staying at home for close to one year.

In March last year, the government ordered a nationwide closure of all schools to stem and contain the spread of the pandemic, but basic schools re-opened on January 15 this year, when the nation successfully flattened the COVID-19 curve.

Though, a new wave of infection of the pandemic is apparently surging, as 13 out of the 16 regions in the country have recorded active cases, the government believed if school authorities adhered strictly to the COVID-19 health and safety protocols, the spread of the disease could be prevented.

During a visit by the Ghana News Agency (GNA) to some schools around 0700 hours, most of the basic schools in the Municipality had mounted Veronica Buckets to aid hand washing with soap under running water by pupils and students, staff and visitors.

Private security officers engaged by the school authorities were sighted ensuring that all pupils and students had put on their nose or face masks before they were allowed to enter school compounds.

At the Sunyani Senior High School, which has a model basic school attached, parents and their children who did not wear nose masks were denied entry to the school compound.

The security offices at the school’s gate did not allow taxi drivers without nose or face masks to enter.

A security officer told the GNA on condition of anonymity that the school authority had ordered them not to allow any student to enter the compound without a nose mask and a hand sanitizer.

The situation was not different at the St Patrick, Wesley Cathedral and Nyamaa Primary and Junior High Schools.

Virtually, all school children had put on their nose masks, however many of them did not have hand sanitizers, when the GNA interacted with them.

Meanwhile, some parents had lauded the measures put in place by the school authorities, saying it would help stem the spread of the pandemic among school children.

“I provided all my three children with two nose masks each, and a hand sanitizer,” Madam Leticia Amponsah Gyan, a parent told the GNA.

Mr. Kofi Agyekum, a taxi driver and a parent who was sighted at the St Patrick Primary and JHS gate, said he was optimistic that with the measures put in place, school children would be safe in the school environment.

He noted however, that not all parents could afford to provide nose masks and hand sanitizers to their children and appealed to the government to supply all basic schools with those items.

Describing the new wave of infections as disturbing, Madam Justina Owusu-Banahene, the Sunyani Municipal Chief Executive (MCE), warned residents who failed to wear nose or face masks at public places and gatherings that they would not be spared.

She said the Assembly would strictly enforce social distancing protocols and hand washing with soap under running water at market places, lorry stations, churches and mosques, as well as ensuring the closure of all night clubs in the Municipality.

“The current trend of the COVID-19 in the country is too bad and the Assembly would do everything possible to ensure that cases are brought under control in the Municipality,” the MCE assured.

Madam Owusu-Banahene emphasised concerted efforts were required if the nation could succeed in the fight against the COVID-19, and appealed to traditional authorities, religious bodies, corporate institutions and civil society organisations to actively join the campaign to stem its spread.

She reiterated the important role of the media towards stemming the spread of the pandemic, and appealed to especially the various FM radio stations to help intensify public education to make the populace understand, appreciate and support government’s efforts in fighting the disease.

Madam Owusu-Banahene added that strict adherence to the COVID-19 protocols remained the surest remedy to control the spread of new infections, and expressed the hope that everybody would comply with the protocols.