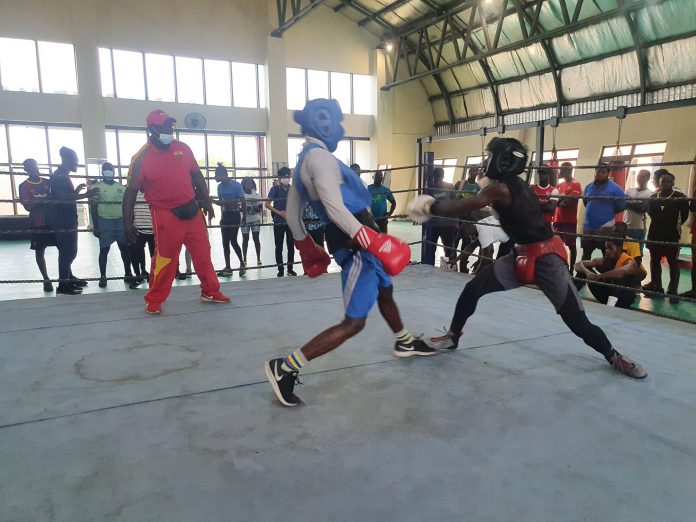 The national boxing team, Black Bombers on Saturday held a special training session at the Trust Sports Emporium Ltd. (TSEL) as they round up preparations to the Tokyo Olympic Games.

Under the supervision of able and experienced Coach Asare, they exhibited pure combative and competitive boxing to the admiration of all present at the Ga Mashie Sports Hall.

All the three qualified boxers, Suleman Tetteh the skipper of the team, Shakur Samir and Samuel Takyi sparred with experienced boxers for three minutes, in four action packed rounds.

Shakur Samir took on Prince Nartey in the middleweight division, before Suleman Tetteh fought Michael Abban in the flyweight division.

Present to watch the session were officials from Japan International Cooperation Agency (JICA) who visited the team to know the level of preparedness of the Black Bombers before the Olympic Games, which start on July 28 to August 8. 2021.

The President of the Ghana Amateur Boxing Federation (GBF), George Lamptey aka ‘Rato’ together with other officials welcomed and thanked them for their support and motivation.