Bongo (U/E), Jan 25, GNA – Tree Aid, in collaboration with the Bongo Traditional Authority and the Bongo District Assembly, has started a project to restore and maintain vegetation around the major rivers in Bongo, Upper East Region.

Mr Philip Goodwin, Chief Executive officer of Tree Aid, said the major concern of his outfit was to create an opportunity for individuals particularly the poor to generate income to create forest enterprises and manage the resources more securely and ultimately protect the environment. “Poverty creates greater problems for the environment but a degraded environment creates more poverty”, he said, noting that Tree Aid had made effective interventions to break that cycle of environmental decline.He explained that the project was planned after a visit showed that the area was challenged with deforestation along the rivers.Mr Andrews Dokurugu, Project officer of Tree Aid in Burkina Faso, said the removal of vegetation along river banks in the area was a matter of great concern, saying the trees were extremely important and checked soil erosion as well as protecting the water body. “This is especially crucial because the rivers and streams in this district feed the Vea Dam which is the main source of water for the Bongo Municipality” he said.He said his outfit intended to work effectively with the community and other traditional authorities to replant the lost vegetation along the major river banks with the local tree species and added that farmers who work along the rivers would be brought on board to put in place appropriate farm management practices that would reduce soil erosion and the silting up of the rivers.Mr Dokurugu said Tree Aid planned to incorporate enterprises based on tree products to ensure t individuals in the area had alternate livelihood activities devoid of the tendency to over exploit the natural resources.He said the pilot project would take an initial three-year timeline to cover 15 kilometres of the overall length of 50 kilometers of the river.He was however hopeful that, at the end of the project the forest and the biodiversity along the rivers would be restored and ultimately conserve the water body. Also farmers would have been sensitized to adopt appropriate practices that would ensure long term sustainable management of resources.Chief of the Bongo Traditional Area, Bonaba Baba Salifu Alemyarum, expressed appreciation to Tree Aid for the attempt at restoring trees and protecting the water bodies.He recounted his childhood days and said there were numerous trees along the river banks with water in the rivers during the dry season which was used for irrigation farming by their fathers.He called on his sub-chief and people to embrace the initiative and support Tree Aid to carry out the tree restoration project which would be of immense benefit to them.Mr Albert Abongo, Member of Parliament for the area, said the government was committed to improving the environment and that 30 million Ghana Cedis had been allocated in this year’s budget under the government forestation programme.Mr Abongo appealed to the community chiefs and the District chief Executive to support the project and come out with punitive measures to protect the depletion of trees in the area.GNA
Disclaimer: News Ghana is not responsible for the reportage or opinions of contributors published on the website. 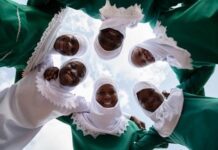 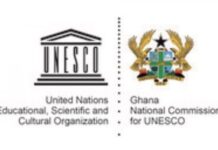 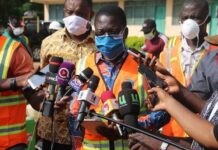 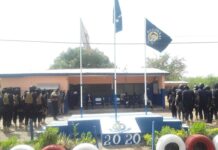