Title: YENDI CHIEFTAINCY TRIALS OF 1987 Author: George AGYEKUM Pages: 595 The book covers two trials held in Tamale in 1987 concerning two violent incidents in Yendi and Linbunga in December 1986 and January 1987 on the aftermath of the Supreme Court decision on the Yendi Skin Affairs. The book illustrates a vivid account of events during the trial. Even though a criminal trial the cultural and traditional practices were quite eminent as if it was a trial of what were the right customary laws and usage. The introduction to the book takes the reader through a vivid simulation of what took place and causes of the conflicts and possible solutions. The revelation of the role govt played in releasing Salifu Amankwah and the intrigue and scheming is worth noting in this line the govt statement published in the Daily Graphic at page 508 is worth scrutiny. In the glossary of has several explanations of traditional titles and positions. There are several news paper cuttings in the book and what really catches the eye of the reader is on page 522 has important historical coincidences. The late Gen. F.W.K. Akuffo as a Commander is seen visiting his troops in 1969 at the conflict area. There is a group picture of Gen A.A. Afrifa, then Chairman Presidential Commission and Dr. Busia then Prime Minister at page 518, meeting some of the Chiefs and leaders of the Abudu and Andani gates in Accra. The writer of the story captioned ‘Yendi A Mini War’ was no one other than Boakye Djan then not as a soldier but a Journalist. (The historical evolution is revealing, between 1969-1979 and their new roles i.e. Akuffo and Boakye Djan. Just within 10 years) The book also has the Dagbon Constitution incorporated in full. Until I read the book little did I know that the Dagamba people had a comprehensive constitution helped to compile by the British in 193O. It traces the ancestral history of the Dagamba people and the role the drummers and drums play in the history and culture of the people. This explains the reason also why some of the conflicts arose out of festivals and drumming centred gatherings and issues. The sub title ‘Conflict Resolution Through Judicial Action’ still illustrates the challenges to the judiciary in a modern state. But is the statement correct? The decision of the Supreme Court ignited the riots as both parties asserted themselves in victory and defeat. It ended as a lose, lose situation. But the other sub title ‘A Clash between State and Traditional Norms’ sums up the basis of the whole conflict. As the facts in the book reveals it is up to opinion leaders, The National House of Chiefs and the Eminent Chiefs, who are acting as mediators to find a way of resolving the Conflict between State and Traditional Norms. The Yendi conflict is an old one but in bridging the gap between the state and traditional norms, without undermining the rich culture and historic traditions is a challenging task. For the researcher/ sociologist an even NGO operating in the Dagbon area. Knowledge of facts from the book as a background information is recommended. Schools if it could be afforded should be explored so that the youth can see the 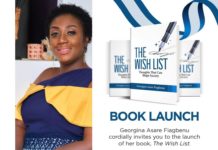 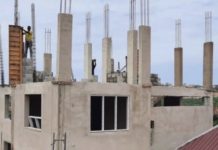 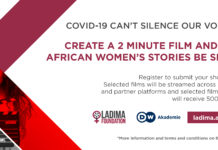