(dpa) – British climate activists have called for a tax on people who fly frequently around the globe in order to reduce carbon emissions more efficiently.

Possible, an environmental group, published a report on Wednesday which found that a small minority is responsible for the large bulk of flights taken in the countries with the highest aviation emissions.

In the United States, which is responsible for a quarter of the world’s carbon emissions from aviation, about two-thirds of trips are taken by 12 per cent of the population, according to the report.

In Britain, 70 per cent of all flights by residents are taken by just 15 per cent of the population, the activists said.

“The politically sacrosanct annual family holiday was not at fault when it came to rapidly rising aviation emissions … most air travel was down to a small, relatively well off demographic taking ever more frequent leisure flights,” said Leo Murray, director of innovation at Possible.

“Targeting climate policy at the elite minority responsible for most of the environmental damage from flights could help tackle the climate problem from flying without taking away access to the most important and valued services which air travel provides to society,” Murray added.

The report also referred to data by the International Air Transport Association from 2018, which stated that 33 per cent of passengers flying on international routes had either British, American, Chinese German or French passports.

A spokesperson for the British government said frequent fliers currently pay more due to air passenger duty, a different tax introduced in 1994, but added it was consulting on aviation tax reform and welcomed outside views. 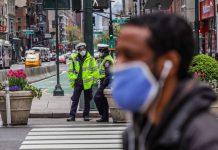