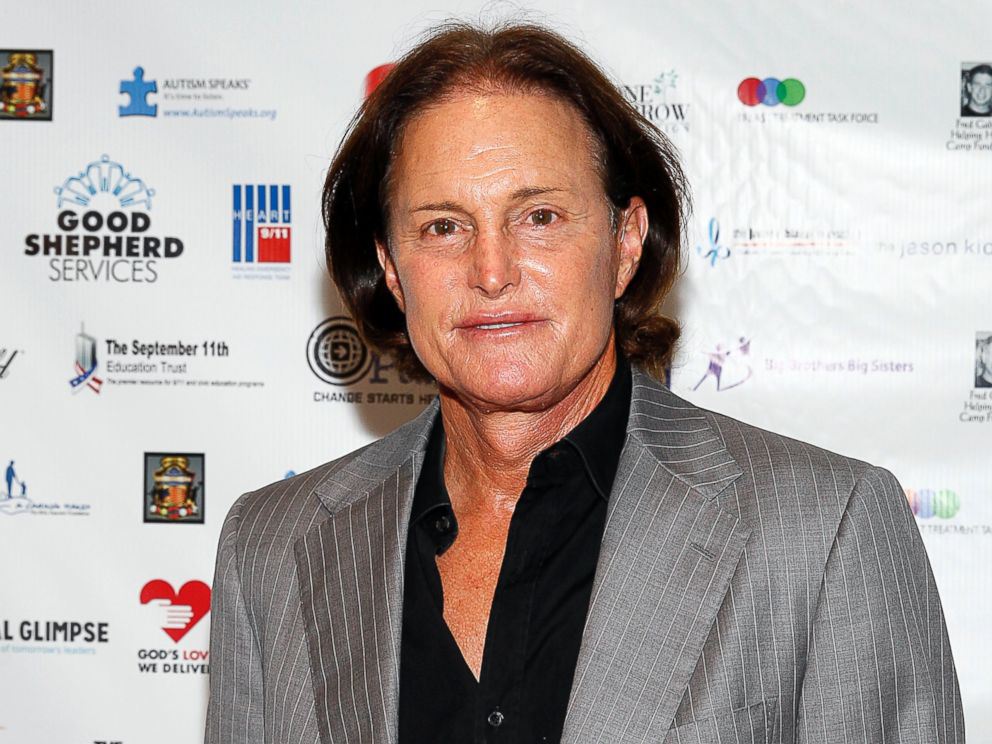 Bruce Jenner finally ended the months of speculation on Friday night when he announced during an ABC television special that he identified as a woman and was making the transition from male to female.

He told Diane Sawyer in an interview. ?For all intents and purposes, I am a woman. People look at me differently. They see this macho male, but this female side is part of me, it?s who I am. I was not genetically born that way.?

The announcement made him among the highest-profile people to publicly come out as transgender. For the purpose of the interview, Mr. Jenner said he preferred the pronoun ?he,? and Ms. Sawyer called him Bruce. He said that he had been undergoing hormone therapy for a year and a half but had not made up his mind about reassignment surgery. He declined to provide the name he might use during or after his transition, citing privacy concerns.

Rumors about a possible transition have been trumpeted for months by tabloids and celebrity magazines.

He and his third wife, the former Kris Kardashian, who divorced in 2014, and members of the extended Kardashian family ? among television?s biggest reality stars ? had remained coy about his plans. Mr. Jenner?s first two wives, Chrystie Crownover and Linda Thompson, also expressed their support, as did all six of Mr. Jenner?s children and his Kardashian stepchildren.

Mr. Jenner, 65, said that when he told his children, ?They all cried, mainly because they don?t want anybody to hurt Dad.? He then revealed how he had explained it to them;

“God is looking down making little Bruce. He gave me all these wonderful qualities. Then at the end, he looked at me and said, ?Hey, let?s give him the soul of a female and see how he deals with that..

“You know what? it?s going to be tough. I?ve been thinking about this day forever and what I should do with my life. How do I tell my story, how do I tell people what I?ve been through? And that day is today.? He said. He then asked Diane for a tissue and used it to wipe his tear-filled eyes. He continued: ?We have to keep our sense of humor about this. Me of all people ? Bruce Jenner ? has to deal with these issues.?

“As of now I have all the male parts, but I still identify as female.” Despite having a female soul?, Bruce said he ?hates? describing himself as a woman stuck in a man?s body. ?I?m a person and that?s who I am,? he said. ?I?m not stuck in anyone?s body. It?s just me

“I was never attracted to guys. I?ve always felt heterosexual. I am not gay. I?ve never been with a guy. I?ve always been with a woman, raising kids. Sexuality is who you?re attracted to, but gender identity is about who you identify with.” “I told my mom she didn?t cause this.”

“I was trying to block out my feelings with the obsession to be an Olympic athlete.”

He revealed his first wife, Christy, was the first person he told his secret to.

“My gender was a big part of my break up” to Linda Thompson in 1984. “I wasn?t as fair to my ex-wives as I should have been. I?ve apologized to everybody. I?ve raised wonderful children This is not a publicity stunt.. The first child I ever told was Kimberly. She caught me one time. It was like this big secret in the family that we never talked about again until years later.”

He also said when he met Kris Jenner, he was on hormones and had size 36B breasts.

“Kris is a good woman.” He said he had been on female hormones for the past 5 years.
Bruce Jenner says the most supportive family member by far in his transition journey has been Kim Kardashian ? and it?s all thanks to Kanye West.

He took Diane Sawyer inside his closet where he has 2 wardrobes. 1 with male clothing and another with female clothing.

this isn?t about me. I?m so proud of you, Dad. You are so brave. My beautiful Hero.

couldn?t be a more proud daughter. With courage and bravery, let?s change the world. I am honored to stand by Bruce?s side and support him.