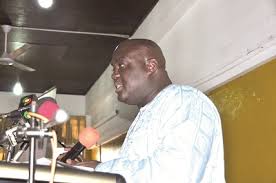 He said the board must also ensure that the NPC adheres to its core mandate as the highest advisory body to government on population matters.

Mr Julius Debrah said this when he inaugurated a 23-member governing board of the National Population Council at the Flagstaff House in Accra.

The country’s first population policy and programme was developed in 1969 to ensure better population planning and management for development.

The policy defined government strategy on population issues as well as affirmed its commitment to adopt and implement appropriate plans and programmes.

The policy focused on managing population resources in a manner consistent with government’s ultimate objective of accelerating the development of the country of improving the quality of life of Ghanaians.

However, the pace of achieving this objective over the last 47 years has been held down by an unacceptably high level of population growth rate.

Mr Debrah expressed confidence that the reconstituted governing board of the National Population Council would help achieve the task ahead during its tenure.