“Learning Chinese and working for Chinese companies have become popular in Egypt,” said an Egyptian man named Mahmoud Adel, as more and more Chinese companies established their branches in the most populous Arab country. Working for Chinese TEDA corporation, Adel is among thousands of Egyptian young people working for Chinese enterprises after studying Chinese language that qualified them for promising job opportunities in the future.

“After graduation, I worked for Cairo-based Chinese media, but then I moved to work for TEDA as I found it is a better job opportunity, not in salary but in career development,” said Adel.

“The economic development of China has made changes to our life in Egypt.”

In 2013, the Egyptian government signed a long-term investment agreement with TEDA to develop part of a joint industrial zone near the Suez Canal, an area referred to as the China-Egypt Suez Economic and Trade Cooperation Zone.

Adel, under the Chinese name of Chen Shu at his company, explained that TEDA’s industrial zone consists of a large compound of various Chinese high-level companies with a totally new structure and development vision.

China’s economy has recently been undergoing structural reforms from labor-intensive industries to high-tech ones and the giant Asian country is currently working on a better economic structure and a more sustainable way of development.

In the Smart Village on the outskirts of Cairo, where large compounds of telecommunication firms and government institutions are located, Mohamed Ismail said he enjoys working for Chinese Huawei corporation.

“The growing Chinese economy and the stable value of the Chinese currency made me choose the Chinese language as my major in university,” Ismail told Xinhua outside a Huawei building.

The man said the Chinese companies are characterized by fairness. “If you work hard in a Chinese corporation, you will certainly be rewarded.”

“Because of the development in high-tech industries, Huawei now strongly competes with Samsung not only in the Egyptian market but worldwide,” added Ismail.

For Aya Adel, a young woman who works for China’s OPPO branch in Cairo, highlighted the working environment in a Chinese company.

“I believe that the variety of the Chinese products and the Chinese understanding of the needs of the Egyptian market are behind the growing Chinese businesses in Egypt,” Aya Adel told Xinhua.

Tarek Fathy, an Egyptian man in his late 30s, travels to China once or twice a year to buy glasses and sells them to optics stores back home.

“For the Chinese, business is business. They are practical and always think about how to develop themselves, which is the main reason for their success,” Fathy said. 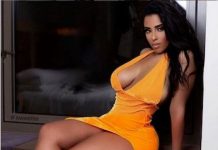