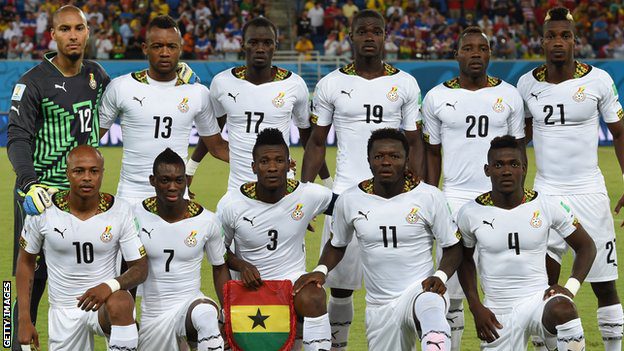 Ex-Ghana captain CK Akunnor does not expects the Black Stars players to reject a proposed $5,000 winning bonuses amid the confusion that has characterized the reported reduction.

The country’s sports ministry is reported to have slashed the figure by halve even though its officials are in constant denial.

Ghana’s government is struggling to keep to the demand of $10,000 as winning bonuses due to the current economic challenges with players owed arrears from the last Africa Cup of Nations qualifier against Rwanda.

Black Stars captain Asamoah Gyan has served notice his colleagues will not accept the widely reported new figure if proper consultation is not done, insisting they are not ‘slaves’.

But former Ghana captain CK Akunnor does not think the players will rebel if the money is reduced.

“These are guys (Black Stars) who have served the country and would continue to serve,” he told Accra based-Asempa FM.

“It’s about sitting down with them and making them understand that we (government) don’t have money.

The Ghanaians will take on minnows Comoros in a two-legged 2018 World Cup qualifier this month.

The first leg takes place in Moroni on Friday November 13 with the return leg in Kumasi four days later.