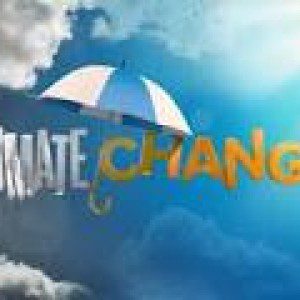 According to cocoa farmers in most of the forest fringe communities in the municipality, the rainfall pattern in the area is unpredictable and remained unfavourable for cocoa and food productions.

These practices include bush burning, uncontrolled hunting expedition, indiscriminate felling of trees, and farming along most of the rivers bodies in the area.

The cocoa farmers told the Ghana News Agency in an interview at Fawohoyeden, Kasapin, Mantekrom and Jerusalem prompt intervention of the United Nations Development Programme (UNDP) and its partners had brought hope to them.

They made this known when Mr Bossman Owusu, a Communication Analyst at the UNDP office in Accra embarked on an official visit to monitor a project being implemented by the Programme in the municipality.

In July, the UNDP and the Ghana Cocoa Board launched the project aimed at enhancing the eco-system, and boost cocoa production in the municipality.

It is being implemented in collaboration with Mondelez International, a chocolate manufacturing company in the US.

Dubbed: “Environmental Sustainability and Policy for Cocoa Production in Ghana Project (ESP),” the project educates the youth on climate change, its impact on the environment, and the appropriate ways to address the challenge.

Mr Daniel Amponsah, a cocoa farmer at Kasapin explained that the project had supported farmers in 46 communities in the area to plant economic tree seedlings such as Oframo, Mahogany, Emire and Cidrella and Acacia to resuscitate the forest.

Another 58-year-old farmer at Jerusalem, Mrs Elizabeth Addai said aside the farm inputs distributed to the farmers under the project, most of had understood best farming practices because of the capacity building training component of the project.

Eric Gyamfi, a Field Officer of the project, explained during the visit environmental clubs had been formed in 16 junior high schools in the area.

The clubs are tasked to promote several school-based activities to create the needed awareness, understanding and interest in climate change and its consequences on the environment.

The items are also to equip the clubs to engage in school-based environmental activities like landscaping and tree planting as immediate measures to addressing the challenges of climate change.

Mr Gyamfi explained that farmers in the beneficiary communities had also been supplied with 75,199 economic tree seedlings for plantation to protect the bumper zone.

The visit also took Mr Owusu to some of the beneficiary schools to interact with the environmental clubs.

He noted that a well-informed youth would be in a better position to contribute to mitigating the impacts of environmental change in future.