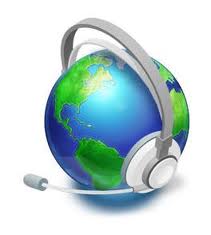 The communication officer of Orange Madagascar Renaud Raharijaona said the increase in its company varied from 3 percent to 10 percent, while for Airtel and Telma they will tell soon their customers about the increase. The main reason of the increase is the decision taken by Madagascar’s government to increase excise tax on communication from 7 percent in 2015 to 10 percent in 2016, Renaud said.

The increase in excise tax is one of the strategies implemented by the government to achieve a tax ratio of 10.4 percent, because Madagascar’s government plans to have 3.4 trillion Ariary (around 1.1 billion U.S. dollars) of tax revenues this year, including 1.6 trillion Ariary in customs revenue and 1.7 trillion Ariary in domestic revenue, the minister of Finance and Budget Gervais Rakotomalala said.

According to the General Direction of tax, excise tax is indirect tax on the sale or use of certain products deemed dangerous or products deemed of fun, such as tobacco and alcohol.

The sector of telephony is in development in Madagascar because their turnover increased by three times last year, from 207 billion Ariary to almost 700 billion Ariary currently, Jean Andriamaro Rakotomalala, president of the Authority for regulation of Technologies of Communication (ARTEC) said.

Currently, these three telephony companies gave 30 percent of their income to Madagascar’s public budget, including 20 percent for VAT and 10 percent for excise tax.

Since their existence, around 10 million SIM cards were distributed by these three telephony companies in Madagascar, covering 40 percent of the population in the country. Only around one million subscribers were registered in 2006.

Data from the national Institute of Statistics said that 60 percent of Madagascar’s surfaces are already covered by the networks of these three mobile phone companies. Enditem