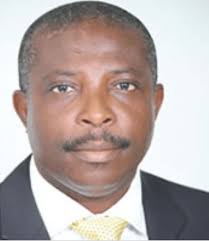 The Ministry of Health has called on communities to help address the challenges of stigma and discrimination against people living with HIV/AIDS to help achieve the 90-90-90 targets by 2020.

It has also appealed to society to help in the prevention of new HIV infections through community-based strategies.

Mr Alexander K. K. Abban, the Deputy Health Minister, who made the appeal at the National Durbar to mark the World AIDs day in Accra, appealed for redoubling of efforts to strengthen linkages from testing to treatment and support persons living with the infection to remain in care.

He said that would increase the current viral suppression rate from 68 per cent to 90 per cent.

The theme for the celebration was: “Communities Make a Difference- Help End Aids” and called on countries to contribute their best to quickly realise the aspiration of ending HIV/AIDS.

Mr Abban said the theme was a recognition of the potential untapped resource of community groups to add value to the investment made so far in the health sector to ensure reliable HIV and AIDS prevention and control services to all persons without stigma and discrimination.

He expressed regret that currently in Ghana, the biggest challenge was that a lot of people enrolled on treatment at the treatment centres refused to patronize the services due to stigma and complacency.

The Ministry, he said, welcomed the drive to empower all community members and non-state actors to collaborate with healthcare providers to ensure a timely end to the epidemic.

“In this regard we have established over 6000 testing sites and expanded Antiretroviral treatment centres countywide from three to over 500 since 2003,” he said.

Mr Kyeremeh Atuahene, the Acting Director-General, Ghana AIDs Commission, said despite the progress made in the national response, including sustaining low HIV prevalence, which is currently 1.7, the decline in new HIV infections was not significant enough to bend the epidemic curve.

“The annual AIDs deaths remain too high,” he said, and urged communities to support the fight as they were the lifeblood of an effective AIDs response.

“Give communities a voice in parliamentary briefings. Provide funding to enable communities to monitor, evaluate and generate community-led data for action on policy reforms.”

He said the capacities of communities needed to be strengthened so they could become more effective advocates and implementers.