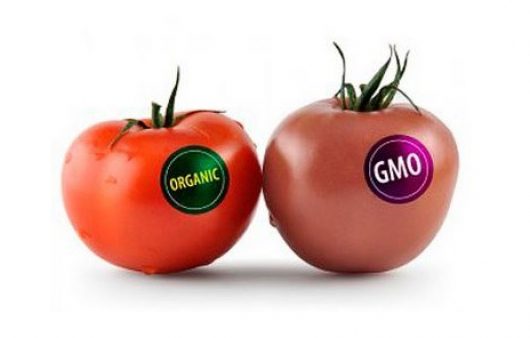 Parliament still appears determined to defy democracy, defy the will of the Ghanaian people, and pass the Plant Breeders Bill. The Parliament of Ghana, is expected to resume for the Third Meeting of the Second Session of the Sixth Parliament on or around October 21, 2014. The Parliamentary Committee on Constitutional, Legal and Parliamentary Affairs is expected to present a report on the Petitions on the Plant Breeder’s Bill, 2013, to Parliament. On the basis of this report, Parliament may decide on the next steps. It would be recalled that following numerous petitions submitted to the House, the Speaker referred the matter to the Leadership of the House for consideration and advice.

Thereafter, a press conferencewas organised at which none of the petitioners were invited. At this press conference attempts were made to fool the public, pretending that the Plant Breeders Bill has nothing to do with GMOs. Various radio interviews , and statements by several members of the committee have systematically sought to bastardize the petitions and to defend the Bill as it stands, without paying any due attention to the fundamental concerns in the petitions.

We have every reason to believe that Parliament is being blackmailed by USAID and the G8/G7 whose intention is to advance the interests of their agribusiness Trans National Corporations, TNCs. Their tool is the G8 New Alliance, G8NA. They clearly do not care about Ghana.

IMF funds are almost certainly being held hostage waiting for passage of the Plant Breeders Bill. We know from the experience of other countries that Millennium Challenge Account payments are tied to GMOs and GMO related bills, such as our Plant Breeders Bill. We know promised money may be withheld from Ghana pending the coerced passage of the bill.

Some MPs claim, or have been misled to believe, that Ghana must pass the UPOV-bill as it stands, to be in compliance with the World Trade Organization, the WTO. This is NOT the case. We do not need to be part of UPOV. Developing countries such as Ghana have full rights under the WTO to pass their own sui generis bill. This simply means that Ghana can design a bill that will meet the specific needs of our country and protect Ghanaian farmers and Ghanaian plant breeders.

Our farmers are the first breeders and their rights come first. It will not help Ghana to protect the interests of Agribusiness corporations which the current Plant Breeders Bill puts above the laws of Ghana. Uganda’s Parliament has listened carefully to its people and recently rejected a similar seed law that is part of the G8 New Alliance, G8NA, agriculture package, as is Ghana’s Plant Breeders Bill. Uganda has been under the same USAID agribusiness pressures as Ghana. Is Ghana less a democracy than Uganda?

Ghana’s Plant Breeders Bill allows anyone in any country in the UN to own the property rights to Ghana’s seeds and operate from outside Ghana, taking with them all profits. Ghanaian farmers and smallholders cannot compete with TNCs in the courts for IP rights to their seeds. Far from protecting farmers, IP rights are likely to raise the cost of seed so it becomes prohibitive, and the minimal protections for farmers as plant breeders in the bill are so weak and ill defined as to be useless.

In India, the price of Bt cotton seeds went up 8000% after GMOs and IP protection was introduced and enforced. The price of patented GMO Bt cotton seeds is already prohibitive for small farmers in Burkina Faso. Farmers will not be able to save and reuse seeds of protected varieties. If the Bill is passed, farmers will not be able to freely save, reuse, share, sell, and exchange seeds as they have done for millennia.

As has happened in other countries, this corporate welfare IP protection will price farmers out of the market, and most will end up landless in the city slums. The poor of Ghana will be subsidizing Trans National Corporations under this bill. Under the Plant Breeders Bill, a TNC can take Ghanaian seeds, make some minimal alteration in the laboratory and claim those seeds as its own, supposedly the creation of the foreign corporation, protected by intellectual property rights.

The infamous Clause 23 of the bill puts the rights of corporations above the laws of Ghana, to be decided by a tribunal of “business-friendly” Judges. Will those corporate judges protect the interests of Ghana’s farmers and scientists? Or will they follow the interests of the corporations who pay their lavish fees. Will the safe and healthy foods we know become a thing of the past due to corporate intellectual property rights?

Cultural differences must unite, not divide us – NCCE

NCCE to fuse values teaching into its programmes – Chairperson